For the past several weeks the Yellow Vests (Gilets Jaunes) protest movement has rocked France. Protesters have blockaded highways, created encampments and roadblocks in roundabouts, held large demonstrations, and fought street battles with the police. The French government has been forced to make changes in response to the movement’s demands, including an increase in the minimum wage. Here in the U.S. we are dealing with many of the same political issues, and the success of the movement in France shows us what is possible when people come together and demand changes. 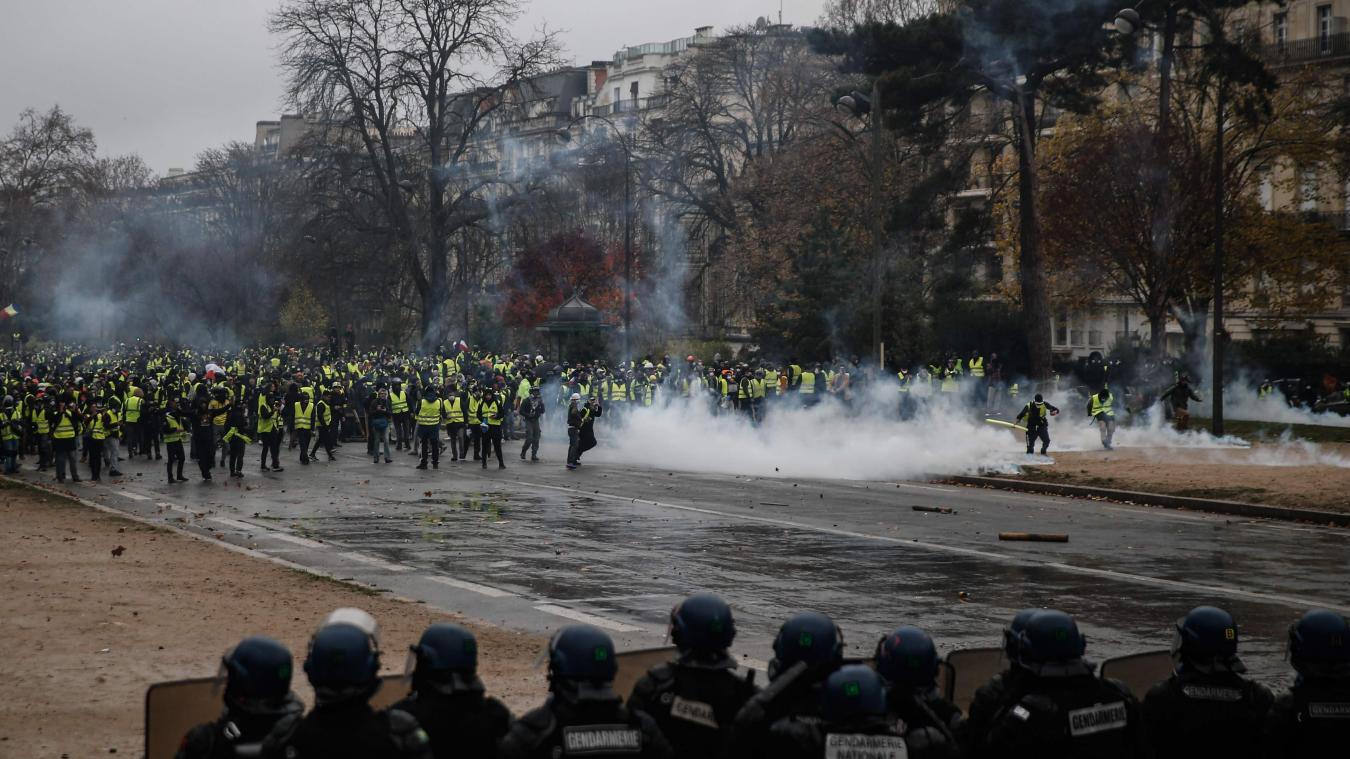 In the past few weeks a new protest movement has emerged in France. The movement, known as the Yellow Vests (Gilets Jaunes in French), has spread like wildfire all over France, from small rural towns to the streets of Paris. Participants—who wear yellow reflective safety vests that all cars are required to have in France—have blockaded highways, staged demonstrations and occupations, and have challenged the police in street battles and protests. The movement began in response to a plan to increase taxes on gasoline and diesel fuels, but it has since grown into a wider expression of working-class anger against the corrupt and decadent policies of the French state. After the first four weeks of major upheaval the French government has been forced to make major concessions, in the hope of stopping the protests, but the Yellow Vests have continued to protest to push for more changes.

In Paris, street battles have taken place between the Yellow Vests and the police which forced the police to retreat under a hail of cobblestones. The Yellow Vests have destroyed high-end shopping streets and attacked symbols of the French government such as the Arc de Triomphe. The recent protests in Paris have rocked the city, so much that the government has considered declaring a state of emergency and using the army to crush the protests. Still, even in the face of tear gas, batons, and rubber bullets the protests have continued, and they have grown more and more militant.

The working people of France are giving expression to their anger and rage, about the indignity of their conditions of life and the utter injustice of a political system which enriches the ruling elite while the working class starves and cannot make ends meet.

The protests were sparked by the current President of France, Emmanuel Macron, unveiling a series of new taxes on diesel fuel and gasoline. He framed these taxes as “progressive” measures to combat climate change, by discouraging people from driving to reduce CO2 emissions. But in rural parts of France, and even in some of the outlying suburbs of Paris, people have no option except driving to get around. Similar to the U.S. there is not much public transit in the countryside or in the poorer parts of big cities, and people often have to travel far from home to find work. Many in France are often living paycheck-to-paycheck with very little wiggle room in their budgets. An increase in the cost of transport would stretch many people beyond the breaking point, and they would have to start choosing whether to pay for food or for gasoline to get to work. Many Yellow Vest protests have been held in rural areas, in smaller villages and towns where people would feel the impact of the proposed tax the most. 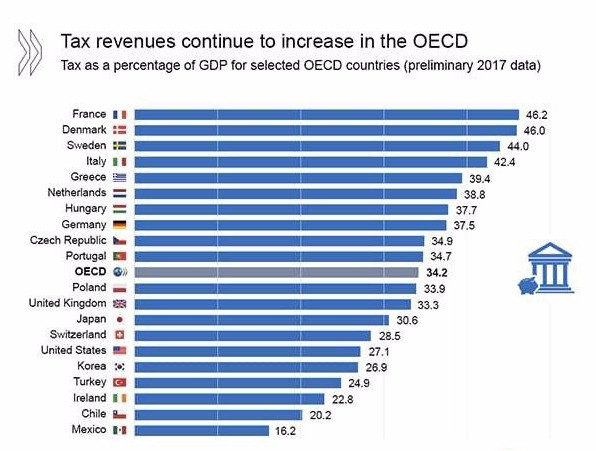 The French people have also suffered for a long time under austerity policies. These cutbacks in social services often hit people the hardest in the countryside or in working class neighborhoods in cities. Rural hospitals are often the first to be closed and rural schools the first to be consolidated or closed. Oftentimes, these austerity measures force people in the countryside to drive further for medical care, education, and the like. The way the tax was framed also put the blame for climate change and CO2 emissions onto poor working people, portraying them as ignorant polluters who had to be forced to do what was necessary to protect the climate. This adds insult to injury, charging working people extra for a choice that is out of their hands and then insulting them for it too.

Emmanuel Macron is a particularly unpopular president in France. He was elected in May 2017, in a hotly-contested election with a far-right candidate named Marine Le Pen. Le Pen was the candidate of the National Front (Front National), since renamed National Rally (Rassemblement National), a fascist party that blames the economic and social problems in France primarily on immigrants and Jews.

FN was founded by a number of Nazi collaborators who helped the Nazis murder Jews during World War II. Le Pen was able to convince a section of the French working class that the problems they face, such as low, stagnant wages, cuts to benefits, difficulty getting and keeping a job, etc, were the fault of immigrants coming to France and taking advantage of the country. 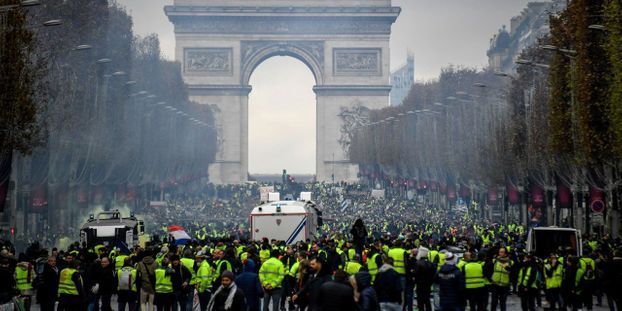 This redirected the anger and frustration people were feeling away from the business and political elite who govern France, who are profiting immensely off the labor of French workers, and channeled it instead into support for fascist politics aimed at kicking immigrants out of France.

Going into the 2017 elections Le Pen’s party had more support than in prior elections, and there was a real possibility that she would be elected President. Macron emerged in this context as a “centrist” candidate to oppose Le Pen. Before getting involved in politics Macron was an investment banker. He advocates for free-market, pro-business policies, and for dismantling protections for working people. The political and business elite in France rallied behind Macron, knowing that he would protect their interests. Macron’s campaign was pretty much entirely based on just not being Le Pen, and many people who voted for him did so not because they supported his policies or wanted to elect him, but simply because they wanted to oppose Le Pen. The 2017 election generated mass outrage and protests at the absurdity of the choice, and a common slogan in street demonstrations was “Ni le banquier, ni la fasciste!” (neither the banker nor the fascist).

Since the election Macron’s popularity has plummeted. He has led attacks on some of the big unions in France, such as the railroad workers on France’s national railroad company, proposed firing hundreds of thousands of government employees, and planned billions of Euros in cuts to public services. He was also at the center of a national scandal when his head security goon, Alexandre Benalla, was filmed illegally impersonating a police officer and viciously beating protesters during a demonstration for May Day 2018.

Given the vicious series of attacks he has launched on the working class and the blatant corruption and decadence of his administration it’s no surprise that the Yellow Vests have targeted Macron in particular and many signs and chants have called for him to resign.

Graffiti on the Arc de Triomphe reads: “It is right to rebel” and “Macron Quit”

The Yellow Vest movement may have start-ed out opposing the fuel tax, but it has become a rebellion against the whole social and economic position of the working class in France. People are not just rebelling against the gas tax, but against grinding poverty, few opportunities to better their situation, and a political system which is set up to profit from their labor while keeping them at just bare-minimum subsistence. These conditions have become intolerable for people, and their anger and rage at the injustice of their situation has fueled the Yellow Vest protests.

These protests have forced the government to accede to some of the demands that the Yellow Vests have put forward. Thus far, the government has decided to cancel the planned gas tax, they have increased the minimum wage by 100 Euros a month, fees for retirement benefits will be lowered for many retirees, and overtime pay will not be taxed. Emmanuel Macron also encouraged business owners across the country to pay year-end bonuses to their employees, which would also be exempted from normal taxes. These are major concessions which the ruling class in France would not have made if the protests had not happened. It is a major victory for the working people of France that they forced the ruling class to make these concessions, but many issues facing working people are still unaddressed. The capitalist ruling class hopes that many Yellow Vests will be satisfied by these changes and will stop protesting, but many people prominent in the movement have called for the protests to continue, and have called the gains won so far “just the beginning.” 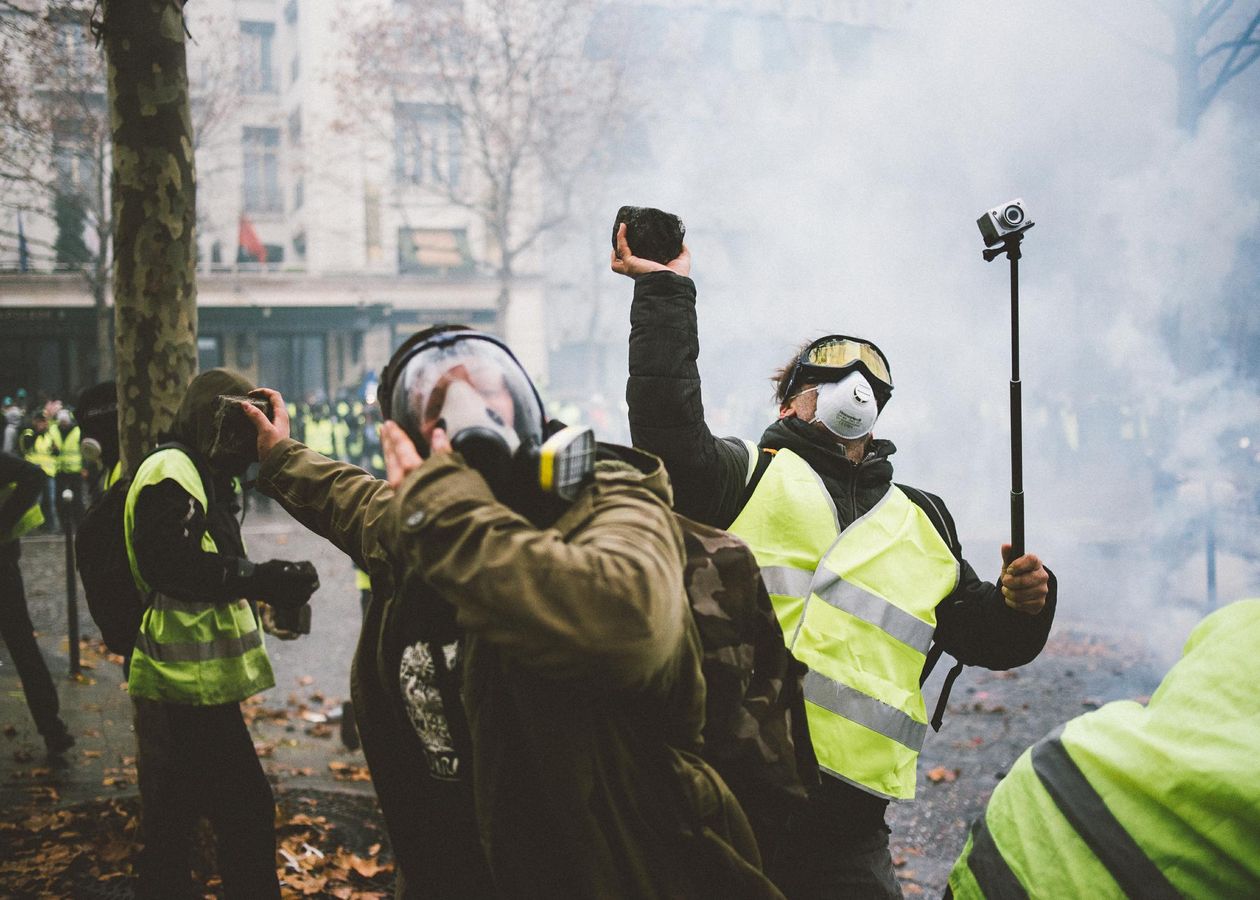 To totally address these issues the French people will need to get organized, build up a nation-wide revolutionary movement, overthrow the government of capitalist pigs and parasites which is bleeding them dry, and create a socialist government in its place. The Yellow Vest movement is not going to be able to do this on its own, since it is a decentralized movement without a nation-wide organizing body. Even so, a lot of the slogans that have appeared in demonstrations and marches show that a lot of working people in France are calling for this kind of change. Some slogans that have appeared in news media about the protests include “Kill the bourgeoisie!” and “We took off heads for less than this!” These slogans aren’t just calling for the gas tax to be lowered, or for increases in funding for hospitals and schools. They are calling for rebellion against capitalist rule and against the capitalist government which runs France today.

Of course, not every Yellow Vest is calling for revolution. Nonetheless, these protests are very significant developments. Many people in France will get involved in them and become politicized for the first time. Just recently, in connection with the protests in Paris, there was a high-school walkout of over 400 schools in the Paris area. Some of the recent protests have involved hundreds of thousands of people all over Paris. The government has already been forced to grant major concessions, and if the protests continue to grow they will be forced to grant even more in order to return to “normalcy.” The victories which the working people of France have won so far are significant in and of themselves, and they can play a key role in the development of a revolutionary movement across the whole country. For us here in the U.S. it is inspiring to see this movement, and we should support it as we support people’s struggles everywhere around the world. 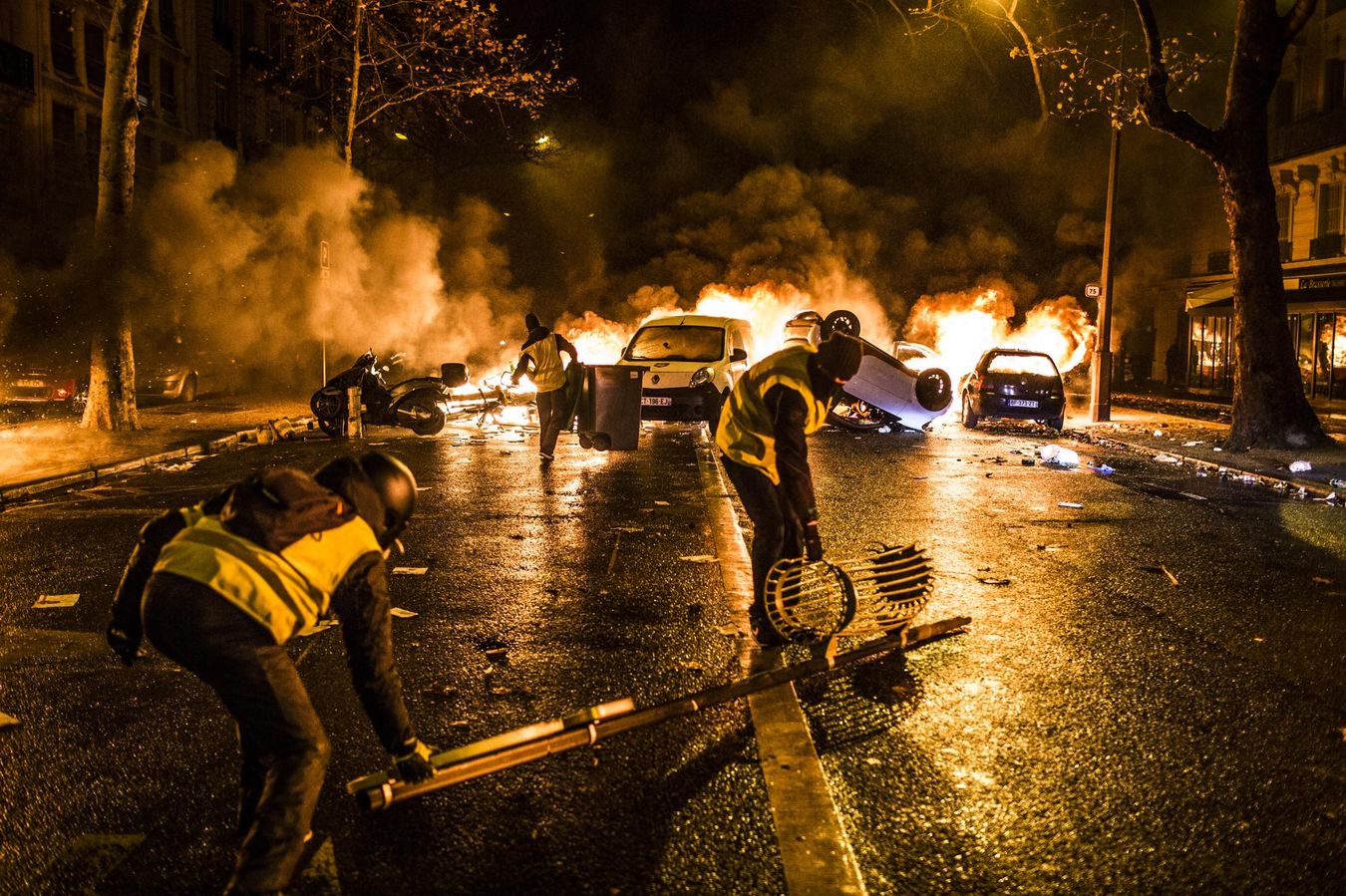