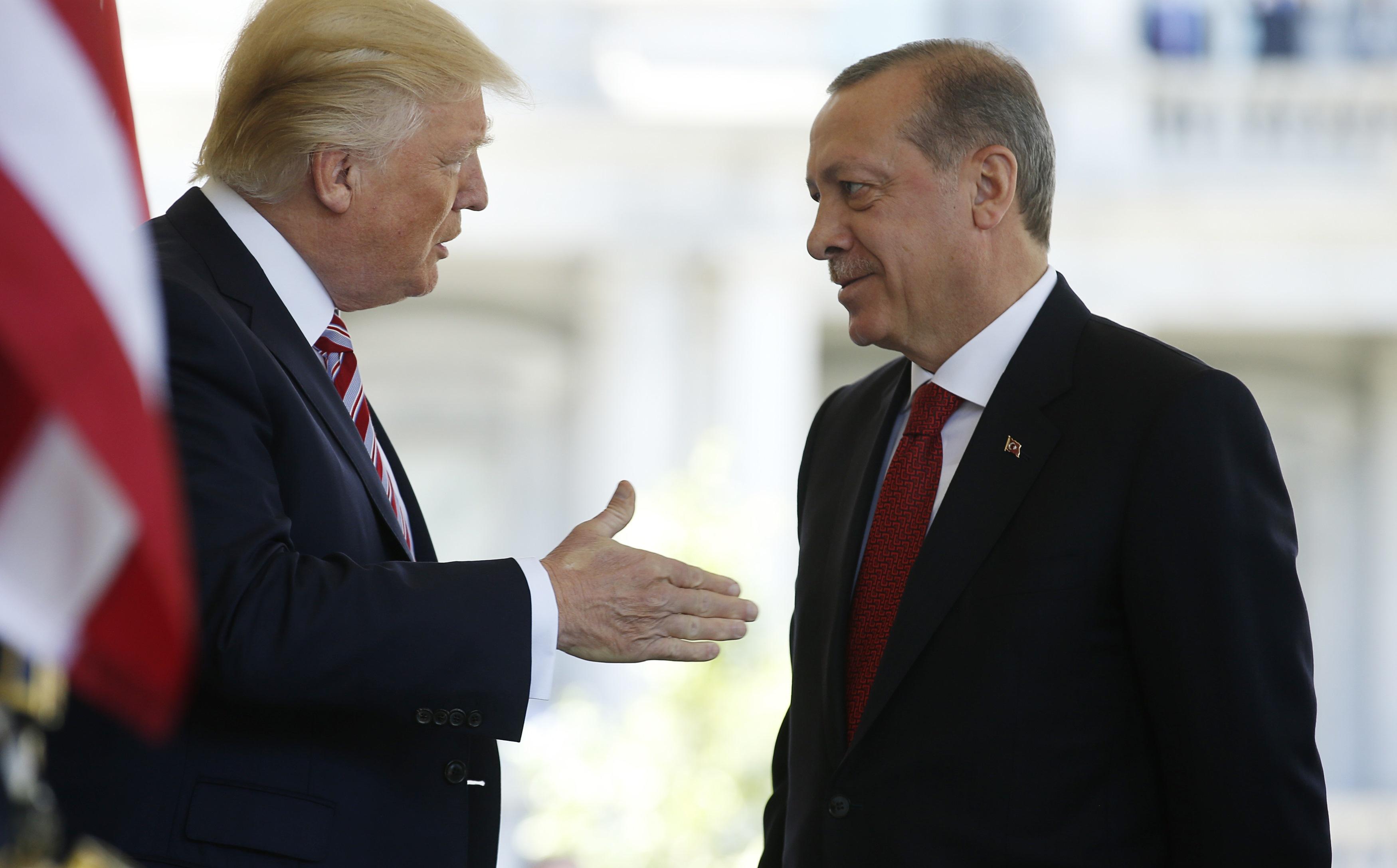 The recent geopolitical strife between the U.S. and Turkey has drawn significant attention from the international press. There has been speculation that the related depreciation of the Lira (the currency in Turkey), resulting inflation in the country, and the flight of foreign capital from the country could spark a major international economic crisis. These recent spats between the U.S. and Turkey, including public criticism of the U.S. government by a number of Turkish politicians and officials, are related to deepening contradictions between the interests of the Turkish state and ruling class—especially the Justice and Development Party (AKP) which is currently in power—and the interests of U.S. imperialists.

Since its official founding as a state in 1923, Turkey has largely existed under the neo-colonial domination of the U.S. and its allies. That is to say, Turkey is nominally an independent country but is actually dependent on and subordinate to foreign imperialists. While the ruling class in Turkey has been able to profit immensely off the exploitation of the people of Turkey—and especially the Kurdish and Arab populations who face severe discrimination and oppression at the hands of the Turkish state—their existence and rule has historically depended on aid, investment, and support from foreign powers. For example, the Turkish government and Turkish companies need around $230 billion in foreign capital each year just to keep the country’s economy going. This is more that 25% of the country’s Gross Domestic Product—a measurement of how much money the whole country makes in a year—and it shows the degree to which foreign capitalists are able to control the country. If they cut off funding, the country’s economy will largely grind to a halt. What’s more, many of the profits made in Turkey leave the country, as foreign capitalists often own part or all of many factories and shops throughout the country.

Turkish troops hand out Turkish flags to Syrian children in Idlib. These are part of their larger efforts to establish a permanent presence in the Syrian province of Idlib.

For example, in the Syrian Civil War, Turkey and the U.S. have increasingly diverging interests. While they initially worked closely together to topple the Syrian government, primarily through arming and supplying various Islamic and Salafist militant groups, the U.S. government and military have more recently shifted away from this strategy. Instead, they have been arming, training, commanding, and advising Kurdish groups in Syria such as the People’s Protection Units (YPG). The Turkish ruling class sees the arming of these groups as a threat to its existence given that a related group, the Kurdistan Worker’s Party (PKK), has waged an armed struggle against the Turkish state for decades.

As part of their shift to support the YPG and related Kurdish groups, the U.S. has withdrawn support for the Islamist groups in Syria that Turkey continues to support. The ruling class in Turkey sees the existence of these Islamist groups, their territorial holdings in Syria, and their continued loyalty to Turkey as key strategic assets, so much so that they have deployed the Turkish army to support these groups and help them maintain control of the Idlib province in northwest Syria. 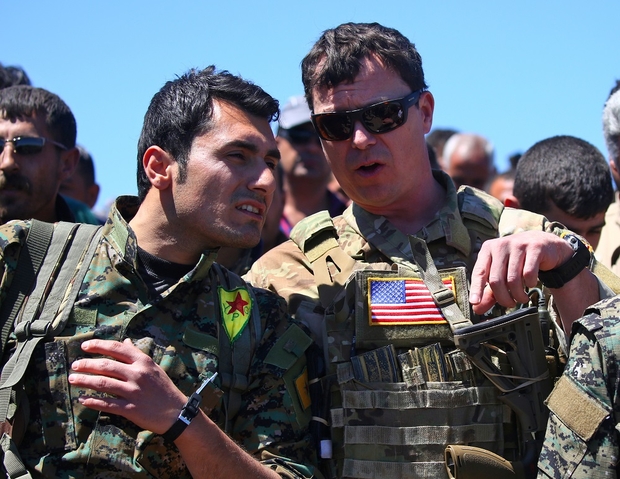 Kurdish YPG soldier (left) listens to U.S. soldier (right). The U.S. military has armed, trained, and commanded the YPG in Syria, which has angered the Turkish government.

Their existence ensures that Turkey will have a significant say in the reconstruction of Syria as the civil war draws to a close. The Turkish ruling class has also invested heavily in infrastructure and factories in this territory, and if they lose control of the territory, the factories will fall into the hands of the Syrian government and ruling class.

The Turkish government has also taken in millions of refugees from the Syrian Civil War. They have not done so out of the kindness of their hearts, but rather because the European Union has paid them billions to do so and granted them a variety of political concessions. And while some of these refugees have been put to work for the profit of the Turkish ruling class in Turkish factories, millions are unemployed in the cities and in concentration camps around the country. These refugees, organized as a political force or even engaged in spontaneous rebellion, could pose a real threat to the Turkish state. Therefore, Turkey has been working hard to ship these refugees out of Turkey and into Idlib, and put them to work at the Turkish owned factories and businesses there. 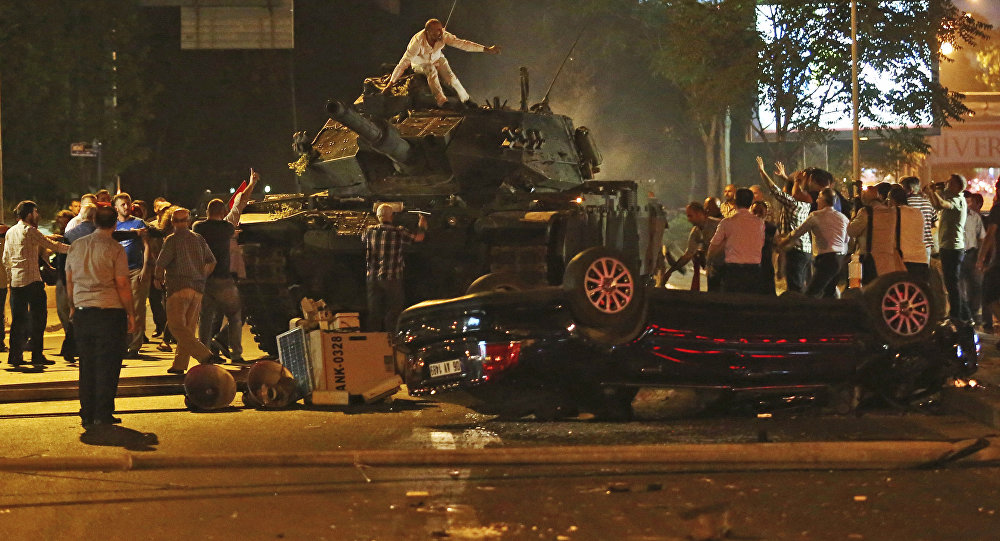 Turkish citizens climb atop a tank during the 2016 coup attempt which was likely sponsored by the U.S.

These conflicting interests in Syria have played a major role in the increasingly open hostility between the ruling classes of Turkey and the U.S. As these contradictions have come to a head, one section of the Turkish ruling class attempted a coup to overthrow the AKP, the ruling party. This occurred in the fall of 2016, and was led by members of the Gülen movement (also know as “Hizmet,” Turkish for service). When the AKP first came to power in Turkey in the early 2000s, it did so in a coalition with Hizmet. However, differences between the two grew over time and eventually in 2013, the leader of Hizmet—Fethullah Gülen—fled Turkey and moved to the U.S., where he currently resides.

Given his residence in the U.S. and the fact that the U.S. embassy in Turkey initially characterized the 2016 coup as an “uprising”—in a tweet that was subsequently taken down—it seems likely that the coup attempt was carried out at least with a degree of support from the U.S. government and intelligence agencies, and that the coup represented the actions of a section of the Turkish ruling class more closely aligned with the interests of U.S. imperialism. Since the coup failed, the AKP government in Turkey has led a massive crackdown, arresting hundreds of thousands of people on the grounds that they were part of the coup, and carrying out major attacks on democratic rights and freedoms.

Since then, Turkey has repeatedly demanded that the U.S. extradite Gülen, has threatened to attack the U.S. military bases in Syria affiliated with the Kurds, and has moved to purchase the S-400 anti-aircraft missile system from Russia. Given Turkey’s membership in the North Atlantic Treaty Organization (NATO), this overture to Russia is unprecedented. Much of NATO’s planning and strategy is aimed at preparing for a future war with Russia, which is a major strategic rival of the U.S. The S-400 system is also specifically designed to shoot down the U.S.’s F-35 jet fighter, a stealth fighter-bomber which the U.S. has sold to a large number of its NATO allies. In response to Turkey’s plans to purchase the S-400 system, the U.S. Congress recently banned Turkey from acquiring the F-35s which the U.S. had previously promised to sell to the country.

All of this is important background to understand the rapidly deteriorating relations between the U.S. and Turkey. As these relations continue to deteriorate, the Trump administration has demanded the release of U.S. pastor Andrew Brunson, who was arrested in Turkey and accused of supporting the failed coup. After Turkey refused to release him, the U.S. imposed sanctions on key Turkish officials. While the refusal to release Brunson was presented as the official reason for the sanctions, the reality is that they are more a reflection of larger situation and the growing contradictions between the two states.

The situation has led foreign capitalists to cancel future investment plans in Turkey, to wind down existing operations, and to withdraw capital from the country. This has led to a related sell-off in the Lira, which has driven down the value of the currency and caused inflation in the country to spike. As a neocolony, Turkey is heavily dependent on imported foreign goods, even for basic necessities.

As the value of the Lira falls relative to other currencies, the price of these imported good significantly increases. While this hurts Turkish businesses, it has the biggest impact on the masses of people in Turkey who depend on imported good for basic necessities like food and clothing. Therefore, the rising inflation and falling value of the Lira is having a disastrous impact on the lives of the Turkish people.

What’s more, many European countries, such as Spain and Italy, have invested heavily in Lira-denominated bonds, and there is a fear that the skyrocketing inflation (over 40%) and the deteriorating economic situation in Turkey could lead the government and businesses to default on their debt. This in turn could lead to the economic crisis spreading to Spain and Italy, and eventually to the rest of the world as it triggers a chain reaction of larger sell-offs and defaults.

As Turkey’s political interests come increasingly into conflict with those of the U.S. there are real fears that the escalating tensions between the two countries could lead to a larger political and even military crisis. The U.S. even stores a number of nuclear bombs in Turkey, some of which the Turkish Air Force can use—with NATO approval—in a nuclear conflict. There is real concern that these nuclear bombs could be seized by the Turkish military and even potentially be used by them—or an Islamist group that they support—in a military conflict.

As their interests have grown increasingly divergent with the interests of U.S. imperialism, the Turkish ruling class has looked to develop a closer relationship with Russian imperialists. They hoped that by strengthening their ties with Russia, they could better protect themselves from the fallout of various spats with the U.S. These overtures to Russia included purchasing the S-400s, and opening more dialogue with Moscow on a number of matters. The Turkish government also began a triparty peace discussion on the Syrian Civil War—known as the Astana Process—with the Russian and Iranian ruling class. These discussions, which took place without the U.S., have been another source of tension between the U.S. and Turkey.

However, Russian and Turkish interests appear to be increasingly diverging in Syria as the Syrian Army—with assistance from Russian military advisors and air support—prepares for an assault on Idlib province, where Turkey has invested heavily and has sponsored various militias and Islamist groups. The Turkish ruling class is fast approaching a major crisis on multiple fronts as it is faced with skyrocketing inflation, sharpening contradictions with two major imperialist powers, mass opposition to its fascist crackdowns on dissent, and a potential major political and military defeat in Syria. All of these factors are contributing to the increasingly unstable situation in Turkey. 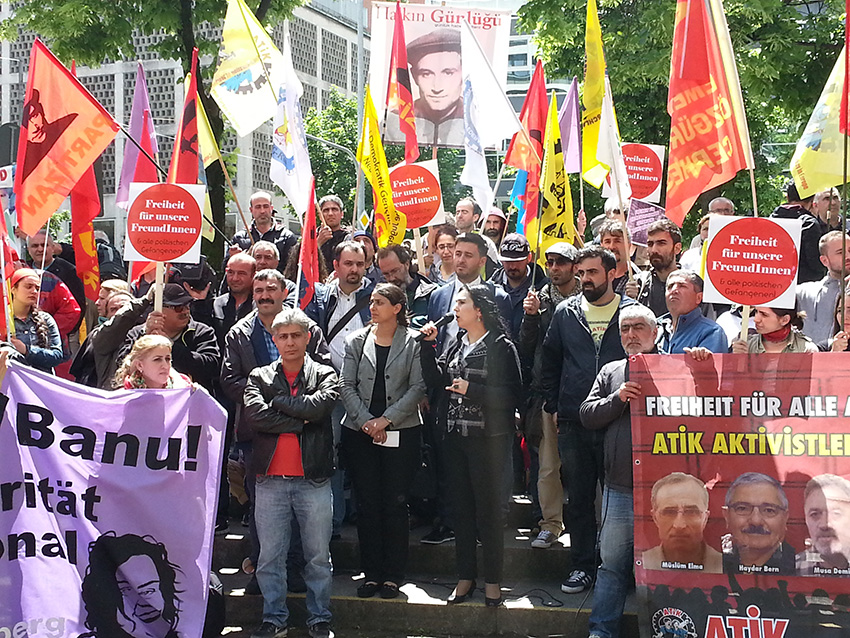 A demonstration in Munich, Germany in support of the TKP/ML and broader revolutionary movement in Turkey. A portrait of martyred founder of the TKP/ML, Ibrahim Kaypakkaya, can be seen in the center rear of the image.

Given these circumstances, the situation is increasingly desperate for the Turkish masses. Despite these trying times and the escalating crisis for Turkey domestically and internationally, there is a real hope that the people’s struggles against the Turkish government and foreign imperialism can advance. In particular the Maoist organization, the Turkish Communist Party/Marxist Leninist (TKP/ML), has been working hard to provide revolutionary leadership to the anti-imperialist and anti-feudal struggles in the country.