As the U.S. imperialists have been ramping up their pressure on Iran and preparing for a war, RUF has been mobilizing the people and building up popular opposition to a war with Iran. We have organized a series of protests and educational events as part of a larger effort to revitalize the anti-war movement in this country. As revolutionaries in an imperialist country we have a duty to the people of the world to organize against imperialist wars of aggression. 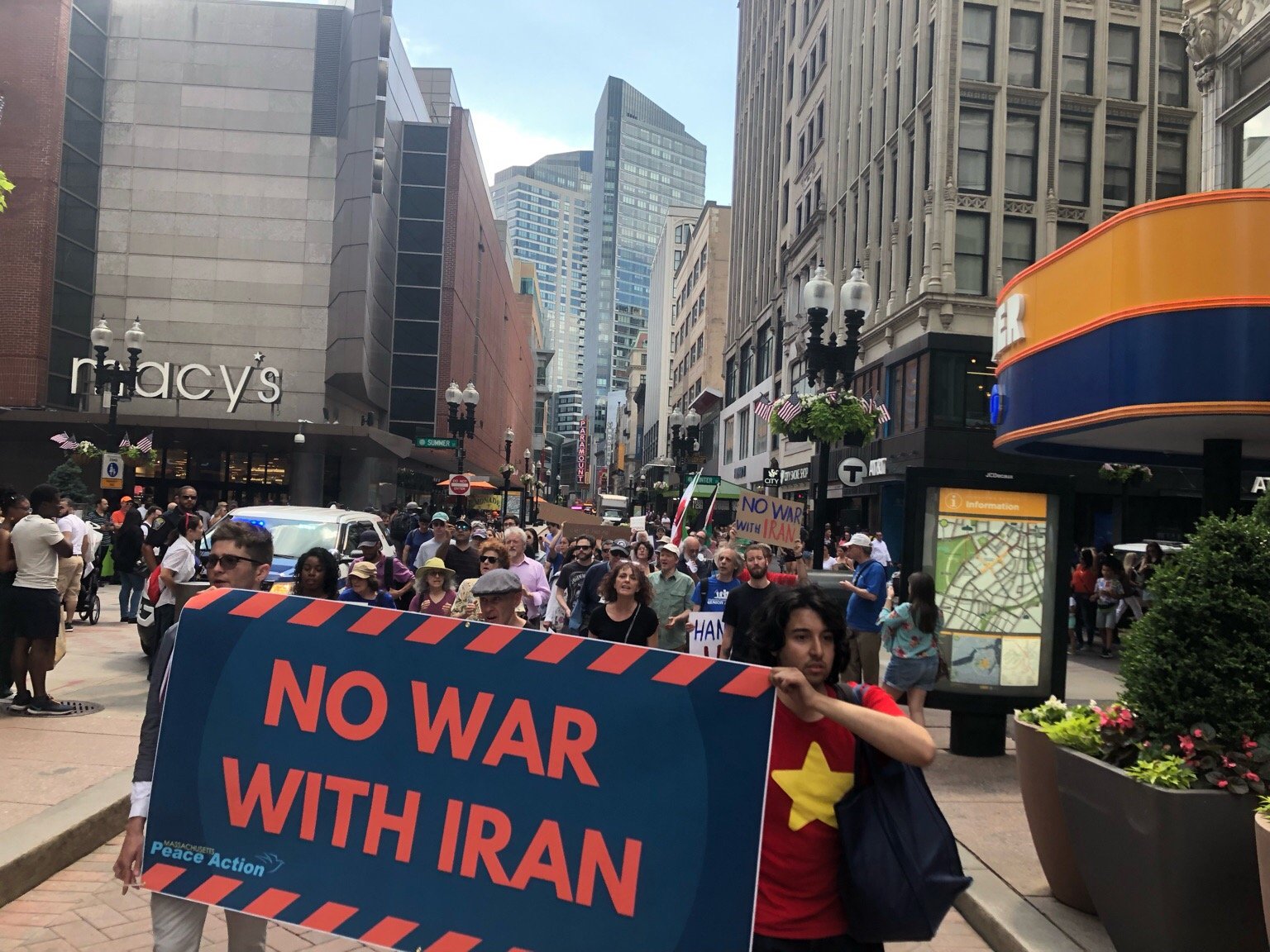 An antiwar rally marches through downtown. RUF has played a leading role in organizing these demonstrations.

The Boston chapter of RUF has been organizing for a number of months against a U.S. war with Iran. These efforts have included a series of protests, community outreach events and rallies, and educational events at campuses around the area. We have also worked to bring together a number of progressive and anti-war groups in a larger unified effort against the war. These efforts are an important part of our revolutionary internationalist work in support of the people of Iran and the Middle East. The people of Iran face a dire situation as a result of U.S. aggression in the form of economic sanctions and the corruption of the Iranian elite.

Our organizing efforts are also part of a larger effort to struggle against the American chauvinism and imperialist ideology promoted by the U.S. ruling class. This ideology is best captured in Donald Trump’s slogan “America First.” However, many sections of the American population who oppose Trump still have some chauvinist ideas that inevitably result from growing up in a powerful imperialist country and being educated a school-system that white-washes the history of this country. The imperialist government of this country promotes the lie that it is working to “spread democracy” through its military aggression and invasions. They criticize the oppressive actions of the Iranian government to justify U.S. intervention. However, as the wars in Iraq and Afghanistan show, even when there is an oppressive government in place, U.S. invasions do not “spread democracy,” they cause death, destruction, and misery for the people.

In addition to struggling against such chauvinist and imperialist ideologies, we continue to struggle against liberal politics in our anti-war organizing efforts and particularly in organizing against a U.S. war with Iran. Liberal groups and individuals put forward the notion that we can change the course of U.S. imperialism simply by electing the right candidate. While these politics are middle-class in nature, we are still able to pursue United Front work with these individuals and organizations to organize educational events, rallies, and outreach. Often when collaborating with these groups for rallies, they distribute flyers that ask people to “call their congressman.” 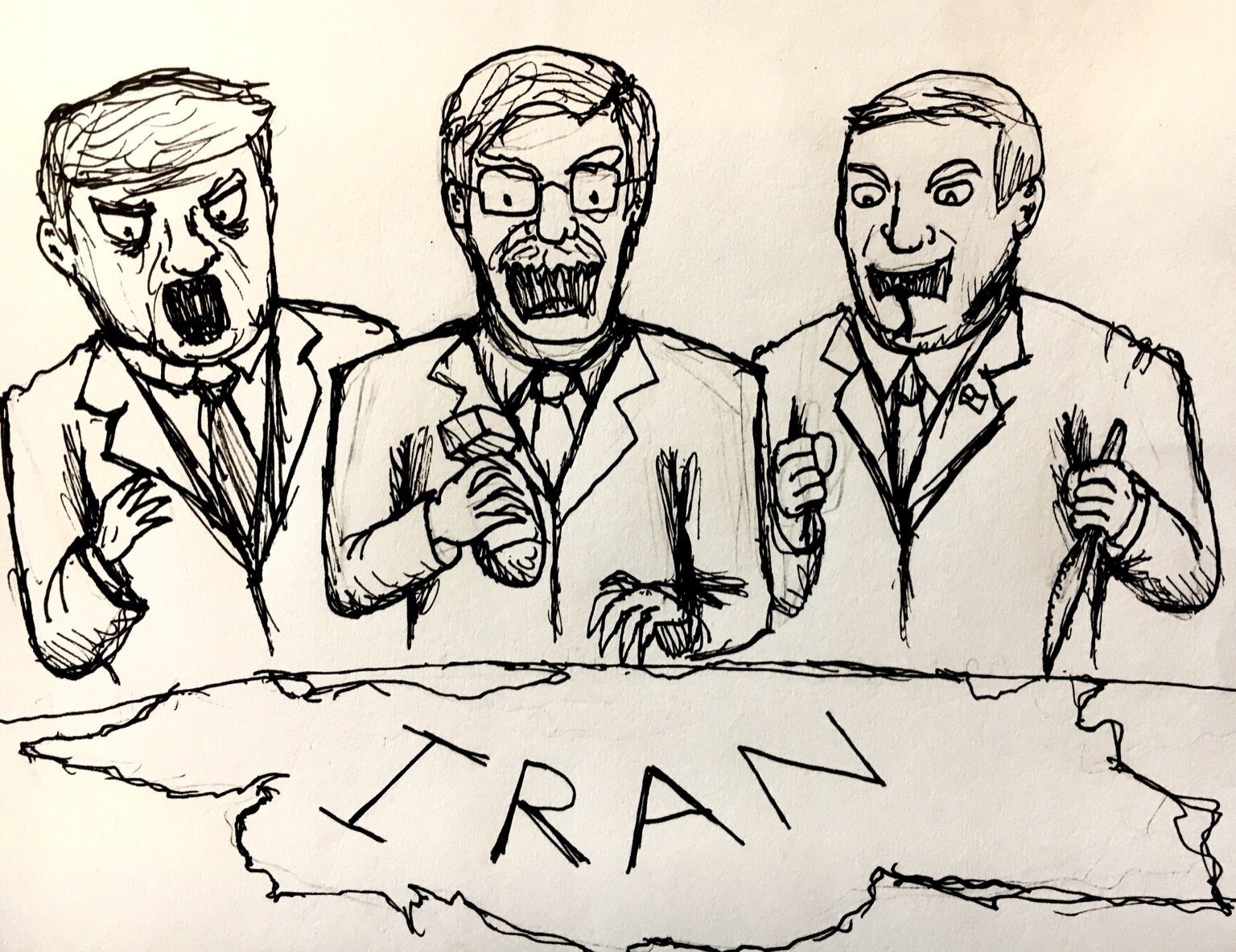 Imperialists like Trump, Bolton, and Pompeo have been drooling over Iran, as the plot to carve up the country and plunder its resources.

To combat these liberal politics, we have gotten into the practice of crafting our own flyers that put forward a more revolutionary line. Simultaneously, we have also intensely struggled against those who advocate “tankie” politics. These individuals and organizations frequently support all governments and organizations in opposition to the U.S., such as the Iranian government. They ignore that the Iranian government is highly repressive and is itself an aspiring imperialist power. Our ability to work with such individuals and organizations is limited, as their politics are directly in support of imperialist forces, like China and Russia, and in opposition to RUF’s politics of pushing for a socialist revolution.

In addition to producing our own flyers in contrast to what the liberals and tankies put forward, we also assume a leading role in the planning we do in collaboration with these groups. For example, while organizing a protest against a U.S. war with Iran, we were successful in having multiple RUF comrades speak and put forward revolutionary politics. Similarly, in planning an educational event with some more liberal group, we were able to push back on the suggestion of having Jim Walsh, a former Obama administration official, as a panelist. Through our work on campuses throughout the Boston area, we have seen that students are in search of progressive and radical politics and would be turned off by just another Democrat Party establishment spokesperson.

Exposing the U.S. ruling class’ imperialist schemes against Iran is an important task for revolutionaries in this country, as is participating in United Front work with liberal and tankie organizations, where possible. Internally, we are vigilant in constantly reassessing whether or not it makes sense to continue such work. Presently, we are able to take a leading position in such anti-war efforts, which has led to a substantial advancement in our organizing efforts generally. These united front efforts have also helped us to reach a much larger audience and mobilize larger number than would otherwise be possible. Through these efforts we have made new comrades, both in the anti-war struggle and in the broader struggle for revolution. This internationalist work in opposition to imperialists aggression is an essential part of our work as revolutionaries.

All power to the people! 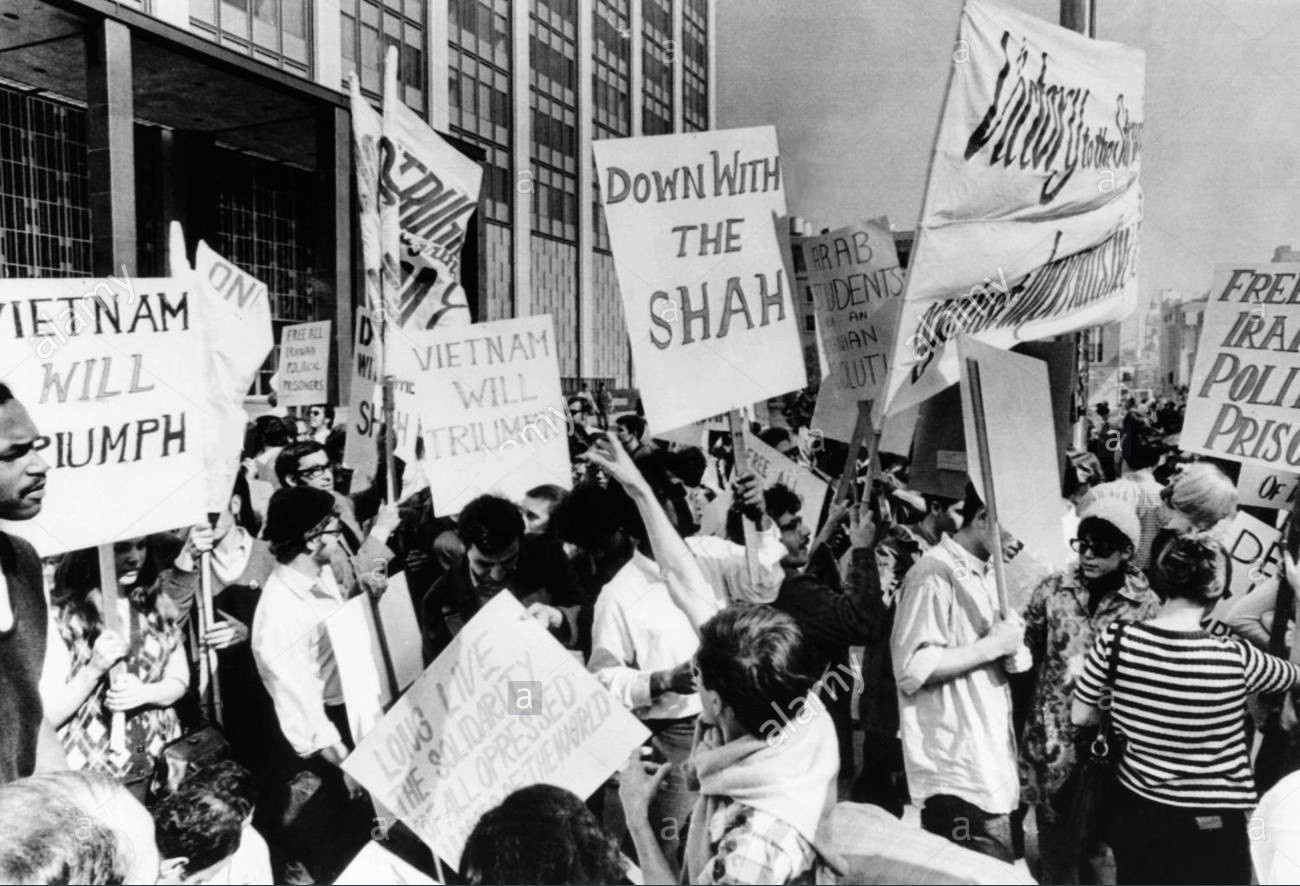 A 1969 protest against the Shah’s visit to the United States. The people of this country have a long history of protesting against the government’s meddling in Iran and other countries around the world.