On Monday, on the heels of coordinated police action against worker solidarity rallies in NYC, Mayor De Blasio announced a ban on all public protests in New York . A day after May Day rallies, the police broke up a protest against Samaritan’s Purse for its anti-gay anti-Muslim stands. Samaritan’s Purse has been running a tent hospital in Central Park over the last two months (all the while filming patients for use in their fundraising videos). 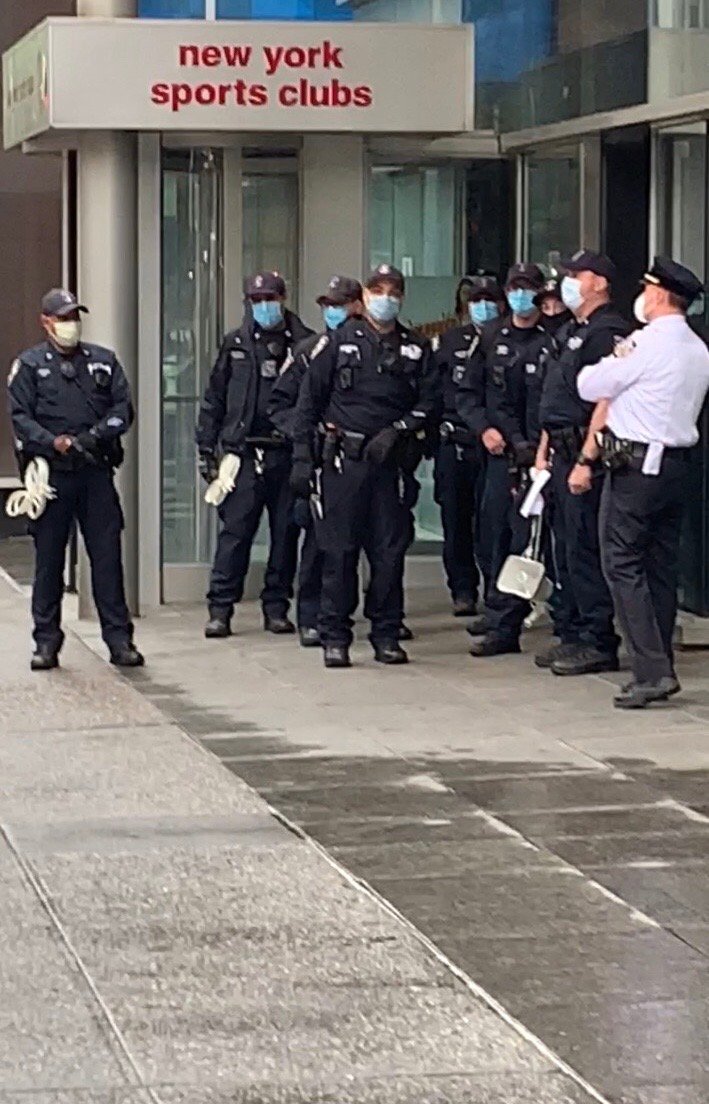 "People who want to make their voices heard there are plenty of ways to do it without gathering in person," said de Blasio. "The question is always whoever has whatever cause they want to speak to are they interested in protecting other people's lives? If they are, use all the other tools you have to get your point across but avoid anything that might put other people in harm's way."

NYPD showed the seriousness with which De Blasio intends to crack down on continued protests, breaking up a protest yesterday (May 9), part of an ongoing Friday protest calling for the release of prisoners, ICE detainees, support for essential workers and rent cancellation, at Gov. Cuomo's midtown office, along with Close the Camps NYC, Cosecha NYC, and other groups and individuals. The police announced it was an “unlawful gathering” under De Blasio's executive order. The mayor is using public health as a ruse to squash dissent as poor people, homeless and prisoners suffer.

Before breaking up the protest, police clustered together, and frequently walked up close to individual protesters to taunt them into leaving. Protestors adhered to social distance guidelines and responded by chanting "Social distance" in response as well as "you are spreading the disease" to the police, who did not adhere to the guidelines. In the meantime, social distancing is impossible in prisons, ICE detention centers, and crowded shelters.