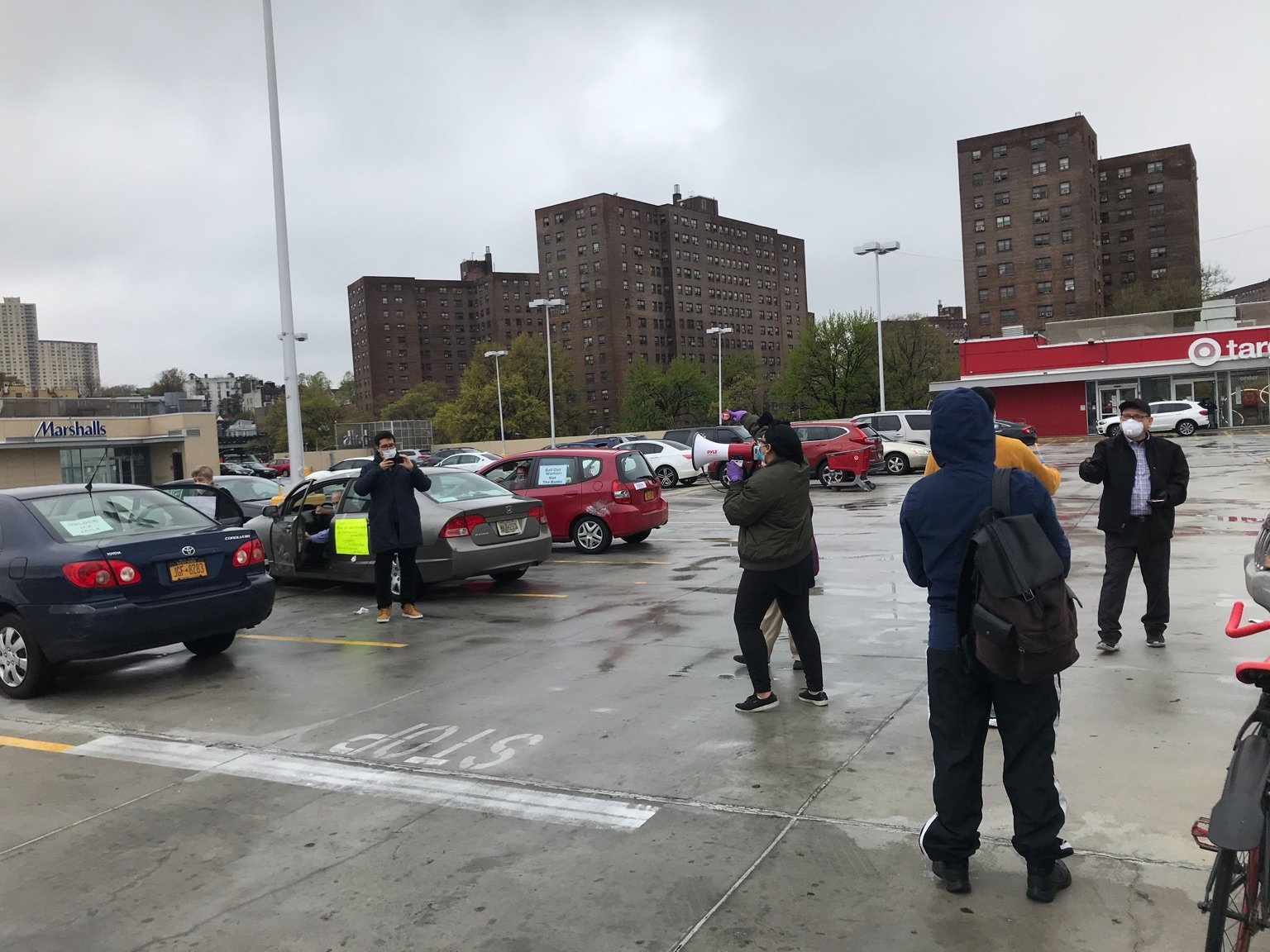 Multiple demonstrations were held in New York City’s outer boroughs, starting in Queens, Brooklyn, and the Bronx in commemoration of May Day—international workers' day. Several of the protests converged on Governor Cuomo’s Manhattan office. However, police attempted to block the demonstrations, causing protests to break up at times, and forcing organizers to take alternate routes.

In consideration of public health needs, protests were car-and-bike processions, unlike more typical May Day marches. Vehicles were festooned with signs demanding worker protections, rent relief, and the release of detainees. Cars made noise with horns and people banged pots and pans. A sign calling for the release of New York political prisoner Ramsey Orta was displayed in the Bronx demonstration. There a few others followed on bikes. Many in surrounding apartment buildings cheered as the procession passed by. Several workers along the route asked to exchange information about upcoming strike actions at their work sites. 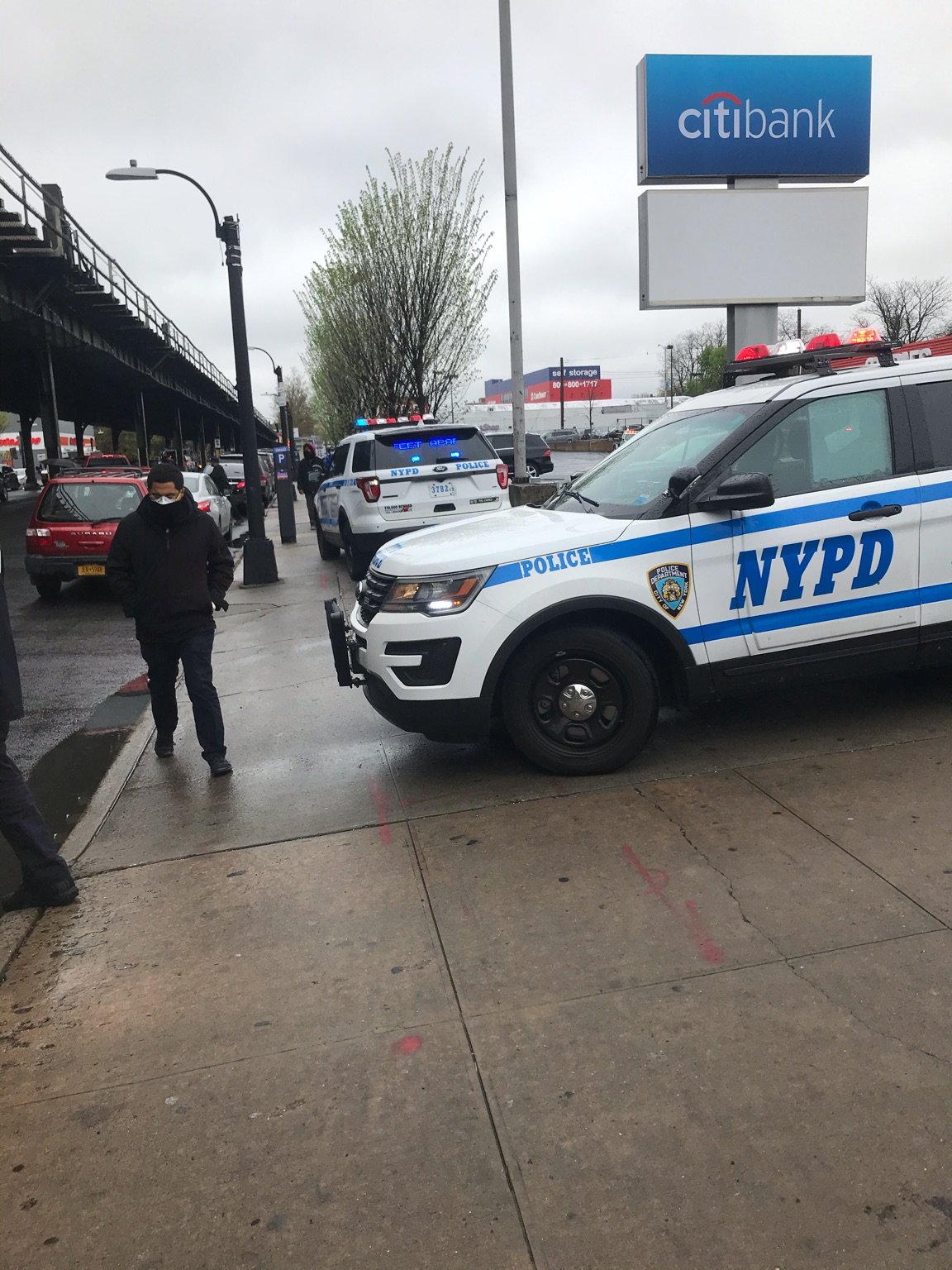 Police surrounded the starting point of the Bronx protest, forcing organizers to relocate.

At the announced starting point of the Bronx protest, a Staples in Kingsbridge, police cars surrounded the parking lot. An early attendee there was threatened with arrest for displaying a protest sign. In response, organizers relocated the march’s starting location, leading many who were unaware of the change to believe there was no longer a protest.

Unfortunately, the police intervention deterred at least several people from attending. Many did not receive information about the alternative routes.

Others who were not planning to attend received misinformation about what the events were about. One man passing the initial starting point in the Bronx asked if a shooting had taken place after seeing a nearly empty parking lot occupied by an array of police vehicles. On hearing the police were there to respond to a protest, he remarked “oh, so this is those COVID-deniers.”

In Queens, police prevented the back-end of a procession from continuing on its route, effectively dividing the procession into two parts. 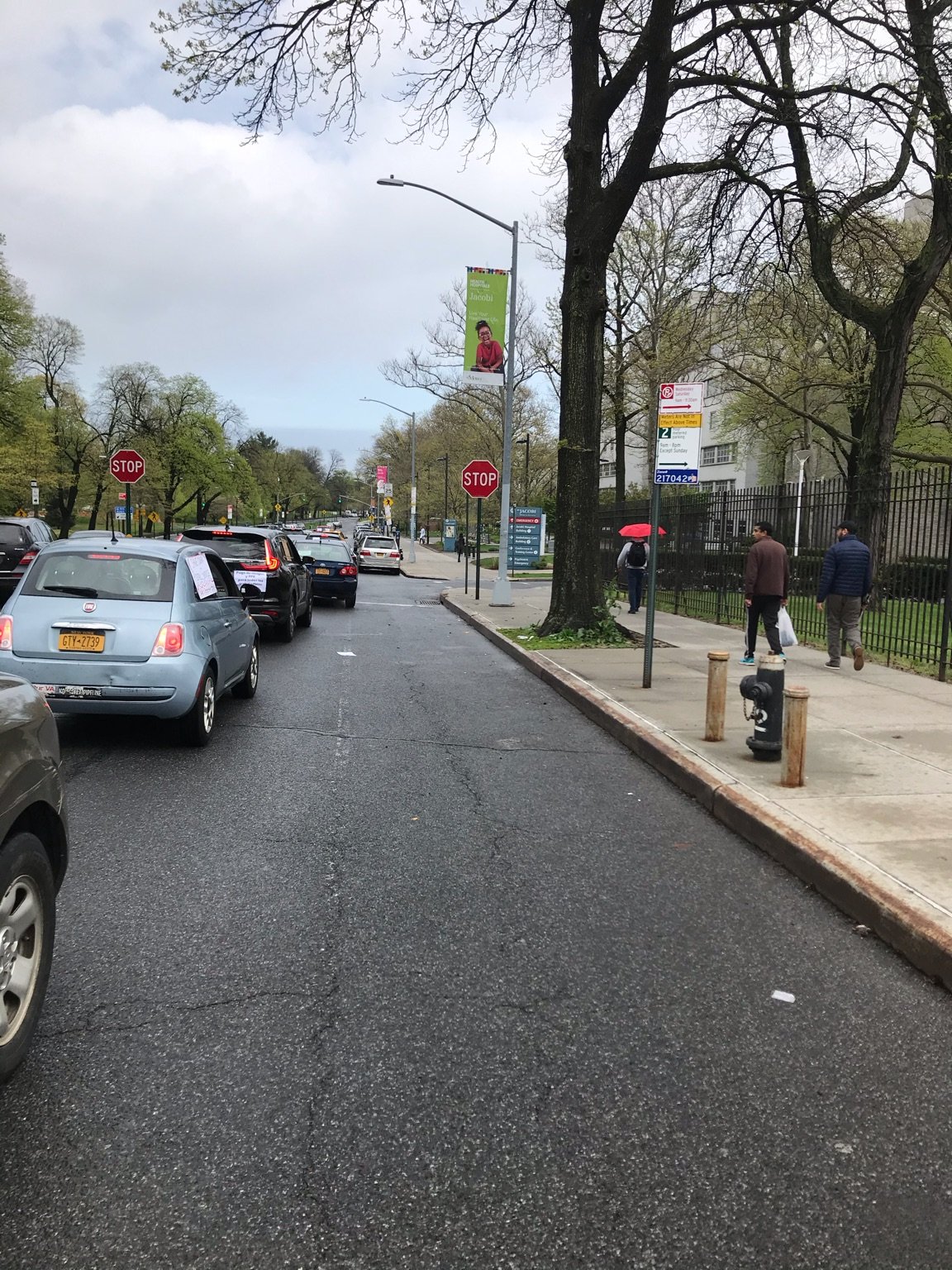 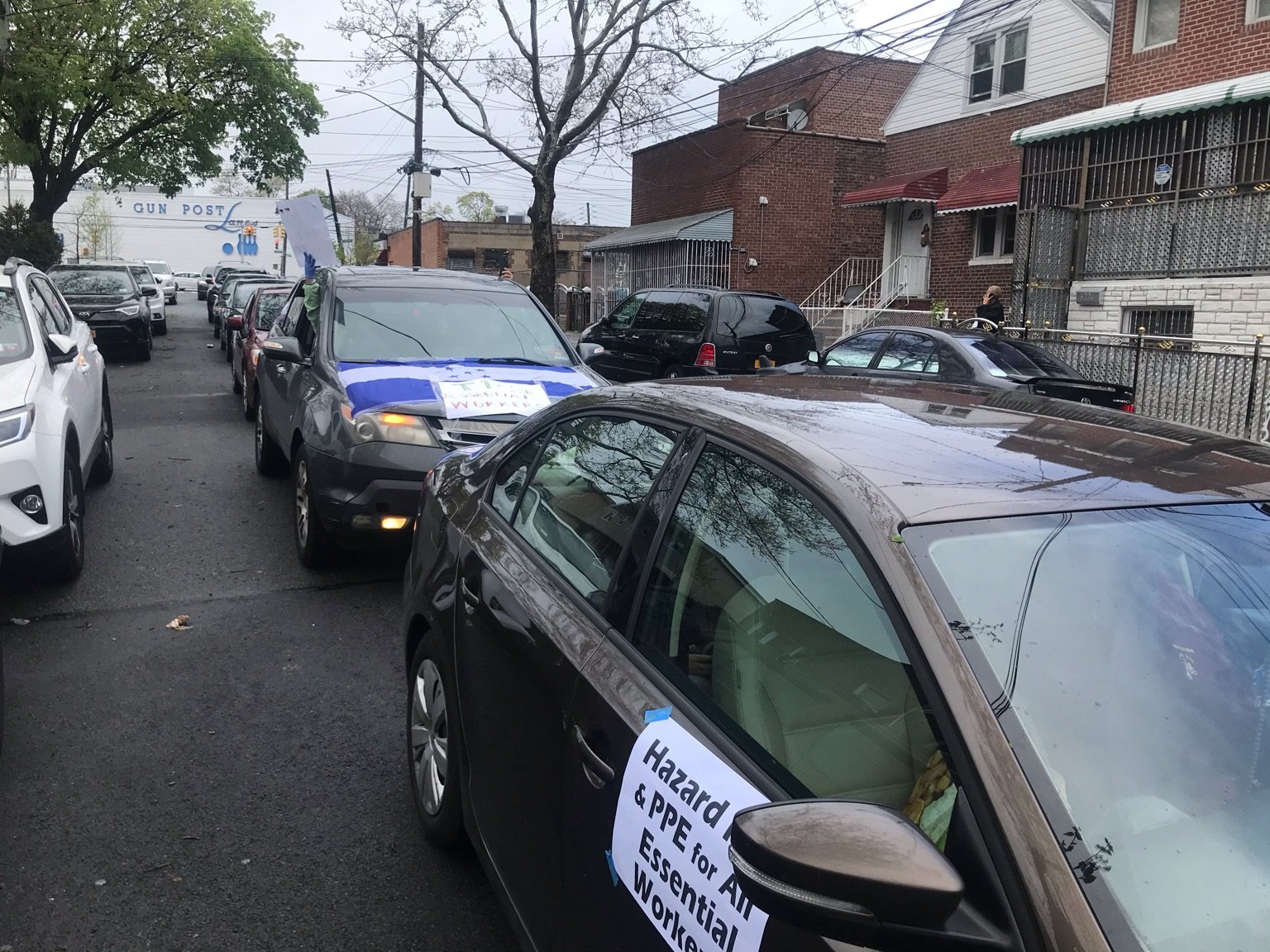 Onlookers in many neighborhoods expressed support for the protests.

After forty minutes the two groups finally re-united at a Traders Joe’s parking lot and continued on. The procession went on to receive applause from pedestrians in several working class neighborhoods as it proceeded to Manhattan where it united with a Brooklyn demonstration in front of Governor Cuomo’s office.

Why was the city’s police force so focused on stymieing May Day processions? On one hand, the mayor is eager to assert control and authority given a chaotic situation in the city. It is also likely that officials and corporate interests are nervous about planned worker actions. Workers are planning a walk-out at an Amazon warehouse in Staten Island this Monday. Such actions could threaten the current logic of those in power that workers should silently risk death, or even die, just to keep the system going. Worker strikes may strengthen demands that corporate and state interests would rather not consider.

Instead, the government is claiming that it is protecting the public by “shutting down” the very protests that aim to support workers and detainees most at risk from the virus.

In the meantime, the city has failed to help workers with their most basic needs, such as providing them with safe ways to get to work. This week, the city suspended overnight subway service. Previous reductions in subway service during the pandemic have resulted in dangerously crowded conditions. 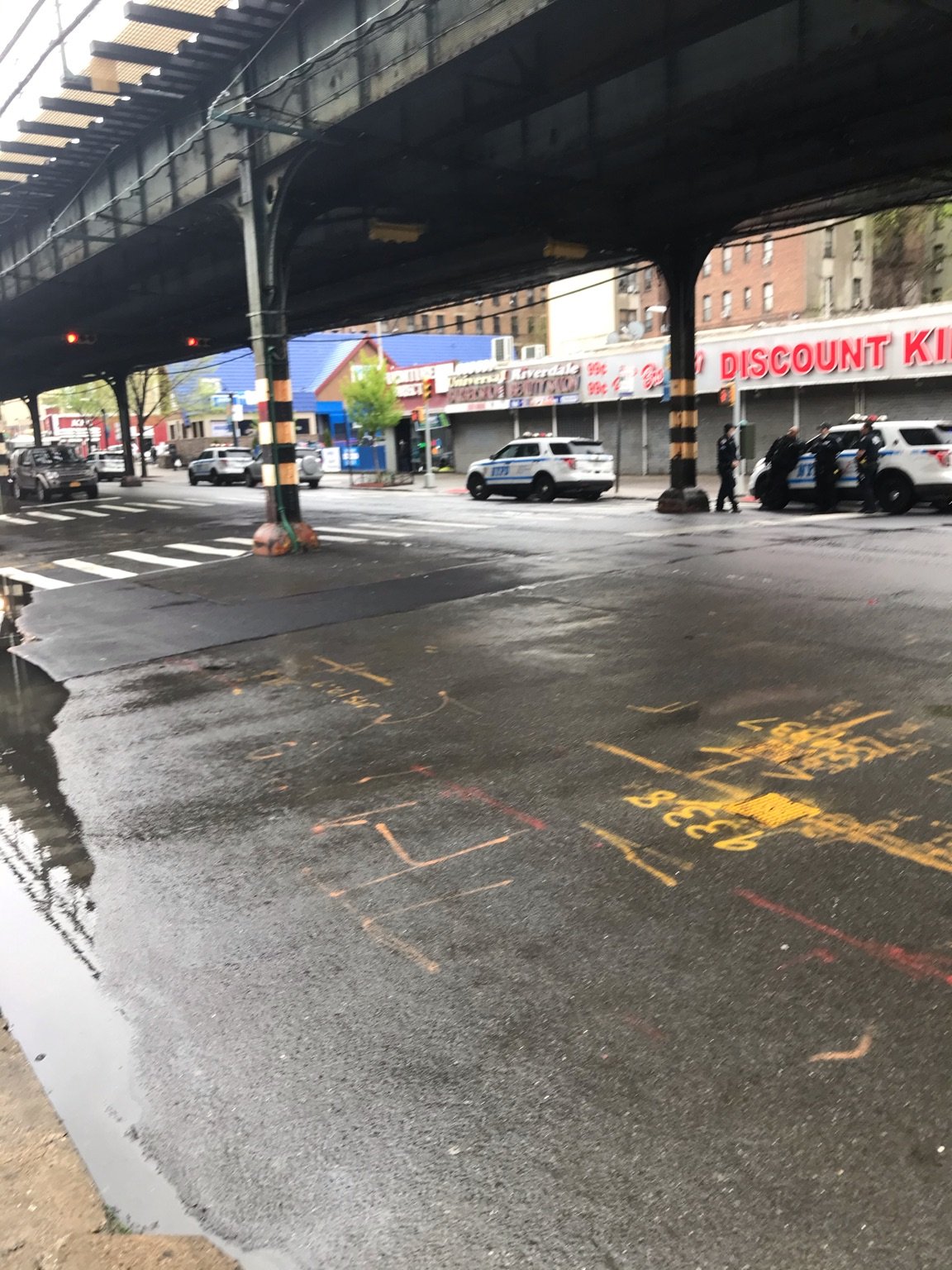 Cops waited along the route.

In addition to obstacles from politicians and the police, organizers were hampered by ominous media reports about planned May Day actions. Newscasters claimed the day before May Day that New York was to be beset by heavily-attended anti-lockdown protests, similar to those that have occurred in Texas, Michigan, and other states. While a right-wing protest was held in front of City Hall, this event was sparsely attended.

The result of both this media coverage and the repressive police response seems to have been the spread of the idea that any protest amounts to irresponsible behavior. This itself was a real crime.