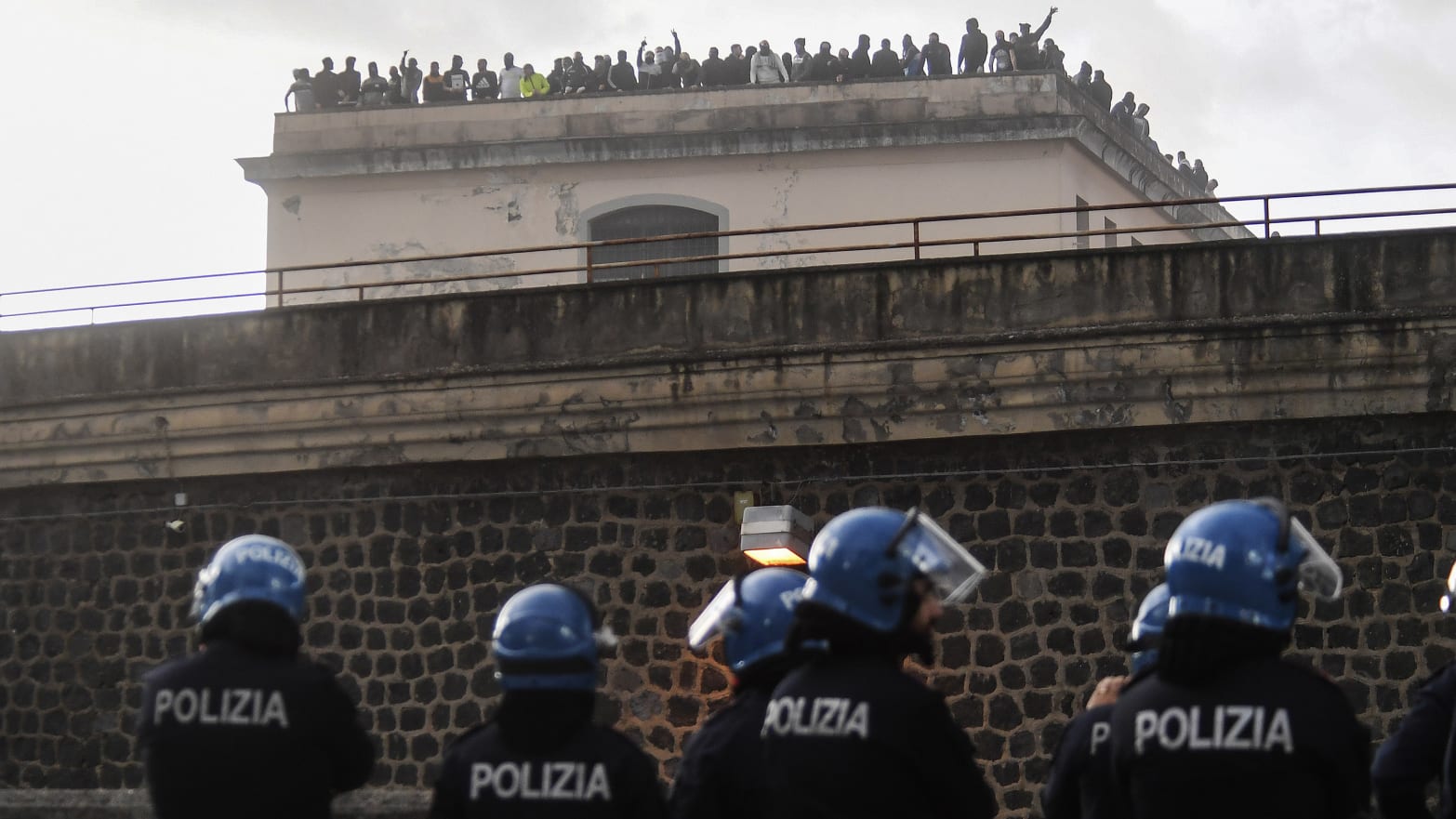 Prisoners on the roof of the San Vittore Prison in Milan, at the heart of the outbreak in Italy.

The U.S. has one of the largest prison populations in the world, topping the list both in absolute numbers and in per-capita terms. Most prisoners in the United States are imprisoned because they can’t afford bail, for minor offenses, or because of deliberate targeting by racist police and government policies. During the Coronavirus pandemic, prisoner neglect has been highlighted and state and county governments are being pressured to release some of those incarcerated to avoid spreading the coronavirus. Releasing prisoners is a basic step that should be taken to reduce prisoners’ exposure to the virus, but it’s only one among a large number of steps the U.S. government would need to take if it were serious about defeating the virus. However, given the brutal way that the U.S. government treats prisoners, any steps the government does take are not going to be done out of kindness and generosity but as a result of prisoners organizing and demanding basic changes.

Throughout the many jails and prisons across the country, conditions before the coronavirus outbreak were already dismal. Many live in cold, overcrowded cells with rodent infestations. Many sinks for handwashing don’t work and prisoners have no access to soap or paper towels. As such, they are forced to buy cleaning products at private- and state-run commissaries at inflated prices.

Recently, New York Governor Cuomo was criticized for announcing that New York State would be producing 100,000 gallons of hand sanitizer without mentioning that prison labor would be used to produce it. The hand sanitizer is being produced by Corcraft, a “brand name” for New York State’s prison-labor program. Corcraft paid prisoners an average of about $0.65/hour in 2015-2016. These wages are typical in prisons, yet the copay for prison health care services can cost at least a month of such pathetic wages.

What’s more, prisons often deny or delay basic medical care and have notoriously terrible health care services for those who do get care. A 2019 CNN Investigation revealed that medical units at prisons are vastly understaffed and the staff that are there tend to be poorly trained. Many medical requests by prisoners go unanswered, causing preventable deaths. In light of the coronavirus, this reality is especially concerning. Half of prisoners have at least one chronic illness. A coronavirus outbreak in prisons will necessitate mass transfers to already overwhelmed local hospitals. It is a real possibility that infected prisoners will be left to die.

Already Rikers Island, the second largest jail system in the country and New York City’s main jail, announced that 21 prisoners, 12 jail employees, and five correctional health workers have the virus. Employees at a prison in Washington State, in Indiana, and at another New York prison have also tested positive.

Prisoners around the world have already begun to rebel against these oppressive conditions during the pandemic. The Italian government cancelled visitation rights for prisoners as part of its nation-wide lockdown. Testing for the virus throughout overcrowded prisons in Italy has also been limited at best. In response to the current crisis and long-standing poor conditions in prisons, prisoners at around 30 facilities across Italy protested. 12 prisoners died and around 50 escaped as the police attempted to quell the rebellion. 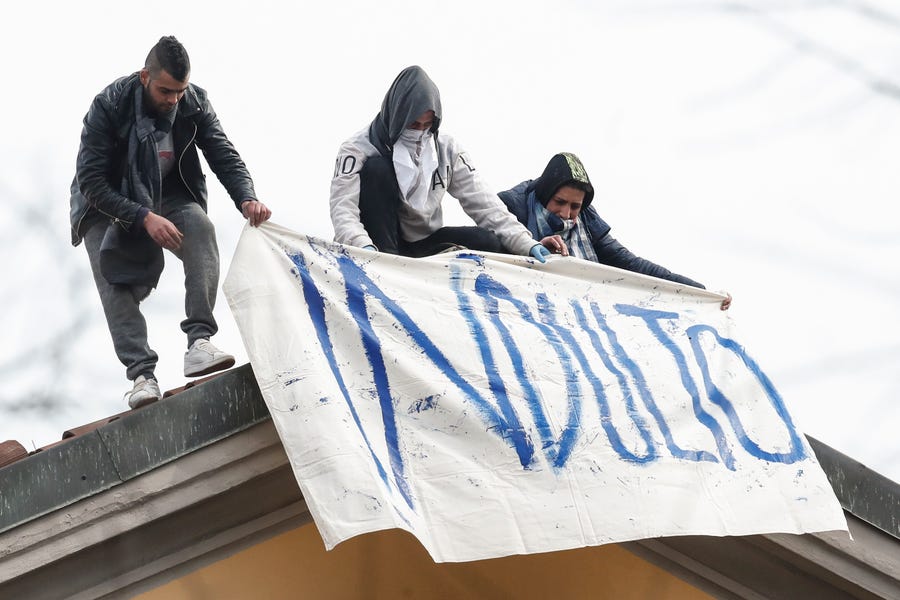 Protesting prisoners unfold a banner saying “pardon” in Italian on the roof of the San Vittore prison.

Similar protests could break out in prisons across the U.S., which last occurred in 1995. In October 1995, prisoners closely followed a legislative proposal to reduce crack cocaine sentencing, which by design was 100 times longer than the corresponding powder cocaine offense to target poor black Americans. When a Congress full of racists failed to pass the law, protests erupted in prisons across the country. While the crack cocaine sentencing catalyzed the protests, prisoners also rebelled because of guard brutality, poor conditions, and overcrowding.

Given that the virus is making its way throughout cramped prisons, some states and countries have decided to release prisoners. Iran, for example, temporarily released 85,000 prisoners as it struggles with one of the world’s worst outbreaks of coronavirus. The Los Angeles County sheriff announced on March 16th that the prisoner population was reduced by more than 600 and that arrests per day decreased from about 300 to 60. In Ohio, 38 prisoners were released after appearing in court for low-level, non-violent offenses.

However, the decision to release people will come with consequences for the ruling elite. Given the current economic crisis, releasing prisoners will add to an already growing unemployed population. According to U.S. government plans, the coronavirus pandemic could last 18 months and will likely result in widespread shortages of food and medical supplies. Former prisoners will undoubtedly be furious when they realize that the situation outside of prison is also grim.

Outside of prison, the coronavirus crisis is highlighting the incompetence and instability of the capitalist state and serves as an opportunity for the people to create seismic changes to society. The same goes for prisons, where the day to day injustices can be fiercely challenged and changed. Whether states and counties decide to free prisoners or not, we should expect that prisoners will take a heavy toll during this pandemic. They will be on the frontline in the fight against the state’s repressive apparatus during the accelerating medical and socio-economic crises.