The 2020 Election and Lesser Evilism 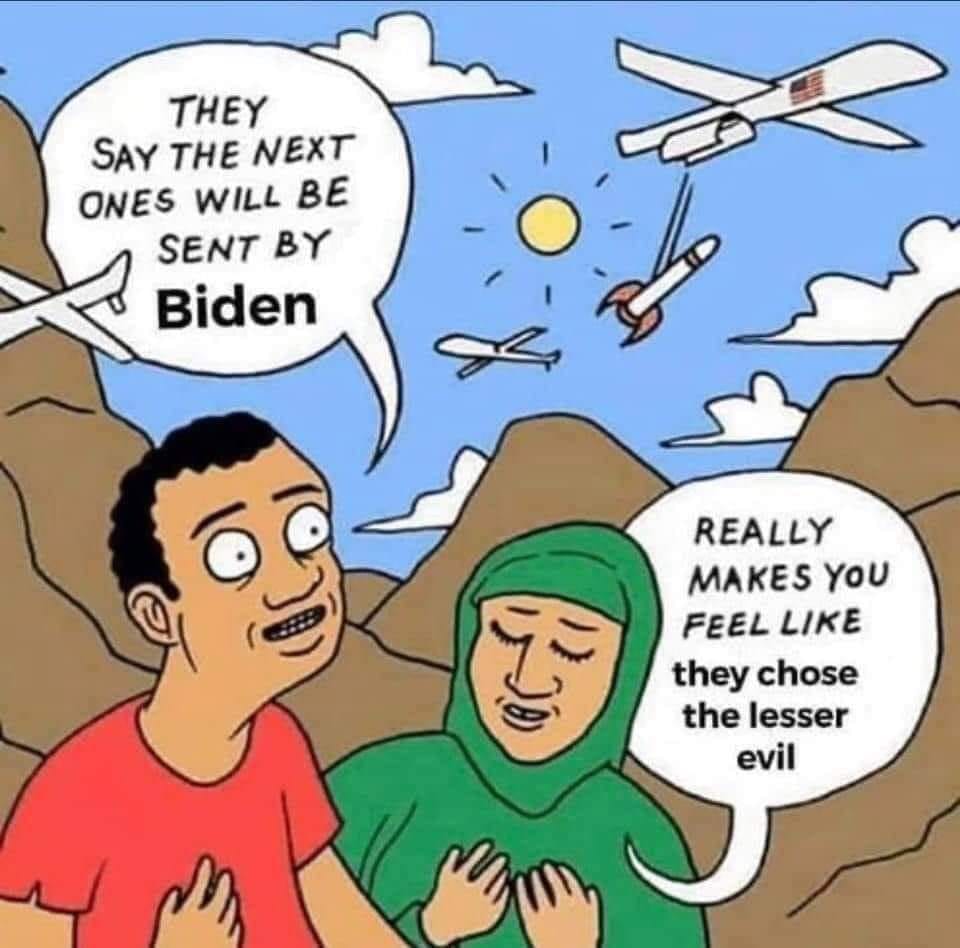 How much will this election really change?

We’ve heard that this election could stop fascism, and that the future of this country hinges on our vote. Is this really true?

This election has been framed as the most important in U.S. history, with the very future of the country on the line. Some have even argued that if Trump gets reelected, then the U.S. will become a fascist country like Nazi Germany. In the eyes of some, voting in presidential elections is seen as something which has a big impact and which makes a difference, in this case potentially stopping the rise of fascism. But is this really true? Will your vote really make a difference? Does every vote really count?

It’s not so hard to answer these questions. On the surface, Joe Biden and Trump seem pretty different. Biden is a veteran politician, with decades of experience in the system. He generally presents himself as an elder-statesman, dignified and honest. This illusion is regularly disrupted by his gaffes and slip-ups from calling Black people a monolithic group to calling for police to “only” shoot people in the leg instead of the heart or the head. But we are constantly reassured that he is in fact quite different from the bombastic, bloviating Trump who had no prior political experience and is quite crude.

We are told, by Biden and his allies, that he is really different than Trump. Yet Biden—just like Trump—has been involved in crooked business deals with his children using his family name for personal enrichment. For example, his son Hunter served as a front man in the Ukraine for all sorts of shady, corrupt deals that Joe Biden was involved in. But the FBI (always a “trustworthy” and “honest” source) has said that this stuff about Biden being corrupt is just lies from Russia so we should all ignore the story. Some are quick to reassure us that, despite his flaws, Biden will not do things like use federal troops and forces against protesters (or at least against “peaceful protesters”).

But we’ve heard this story before. While not exactly the same situation, in 2008 Obama was sold to the American people as the antidote to eight years of neoconservative reaction under Bush. He was dignified and well-spoken where Bush was crude and vulgar. He was supposedly against the wars, while Bush was for them. Obama was an outspoken critic of domestic spying under the Patriot Act which Bush’s administration had created; Obama would be better than Bush for undocumented immigrants, and so on. We were promised a lot of “change” as Obama’s vague slogan went, but we got mostly more of the same, albeit sold to us by a politician who was much more articulate than the prior president. 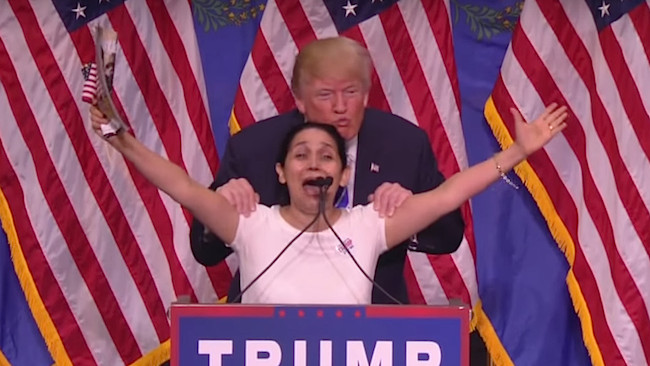 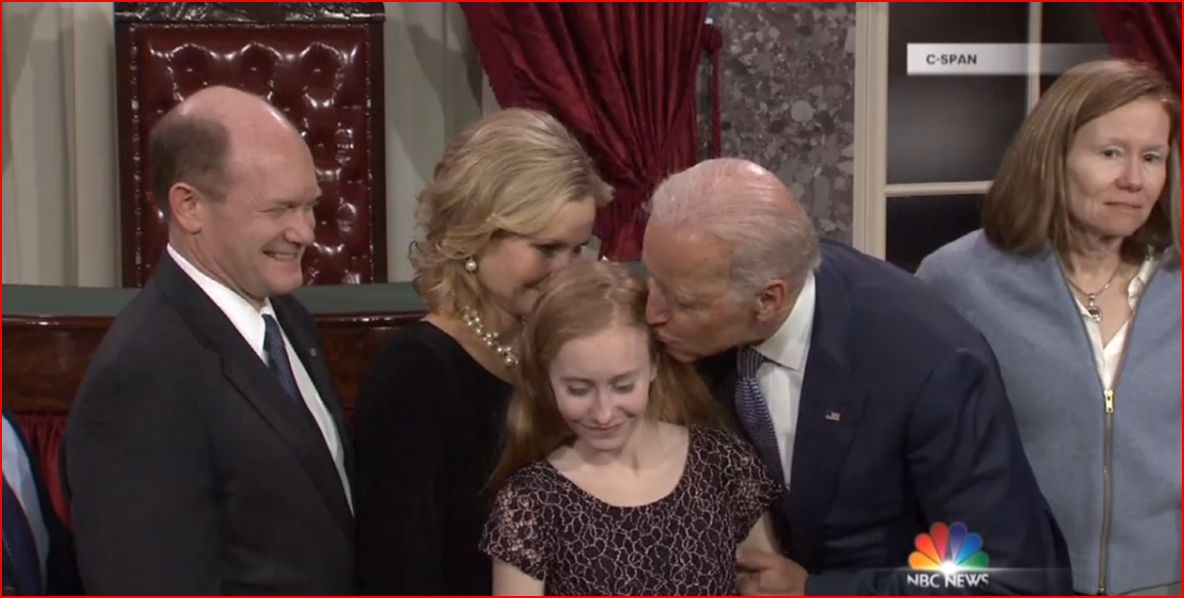 If you look at the facts, it becomes clear that there is far more continuity between administrations than change. Presidential elections really have very little impact on U.S. state policy. Just look at how Obama followed in Bush’s footsteps:

These are just a few examples that show how much continuity there really is between administrations. Despite all the money and efforts that politicians spend trying to make it seem like they are different from each other, the actual differences in policy from one administration to the next are very small. Perhaps recognizing this reality is part of the reason Michelle Obama referred to George W. Bush as her “partner in crime.” It’s easy to see why she would have sympathy for Bush, given her husband’s record as a fellow war criminal. 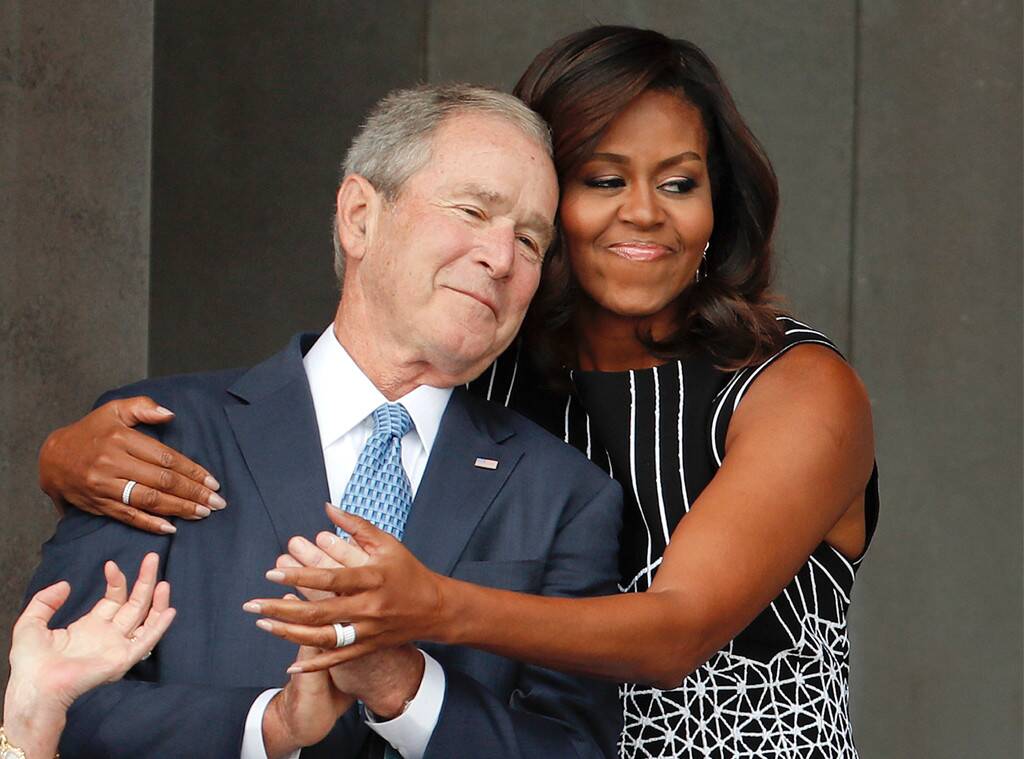 More recently, people have been correctly condemning Trump’s deployment of troops and other federal agents to suppress the George Floyd protests. Even Biden joined in this criticism, although he was quick to specify that he opposed using force only against “peaceful protesters.” In reality Biden has called for the prosecution and use of force against “anarchists” and looters at the protests, mirroring similar language from Trump. These terms paint with a broad brush and are used to justify crackdowns on activists, especially those who defend themselves against police violence. Those who claim that Biden will be a better alternative to Trump on this question have forgotten how the Obama administration pursued nearly the exact same policy as Trump in suppressing Black Lives Matter protests in Ferguson and Baltimore. Troops were deployed to brutalize people, Feds were called in, including the FBI, and some activists were even assassinated by the government. During Occupy, Obama’s FBI even had a plan to use snipers to simultaneously assassinate key leaders of the movement in every major city in the country if the protests continued to escalate.

Take another one of Trump’s most horrifying policies, his family separation policy at the border. He has locked up children in cages, forcing them to sleep on cement floors in cages of the concentration camps at the border. But many of these concentration camps were built during the Obama administration, and children were already sleeping on concrete floors behind bars just for having come to the United States before Trump was elected. Trump’s only “innovation” to this cruelty was to make sure that the kids were not in the cages with their parents. 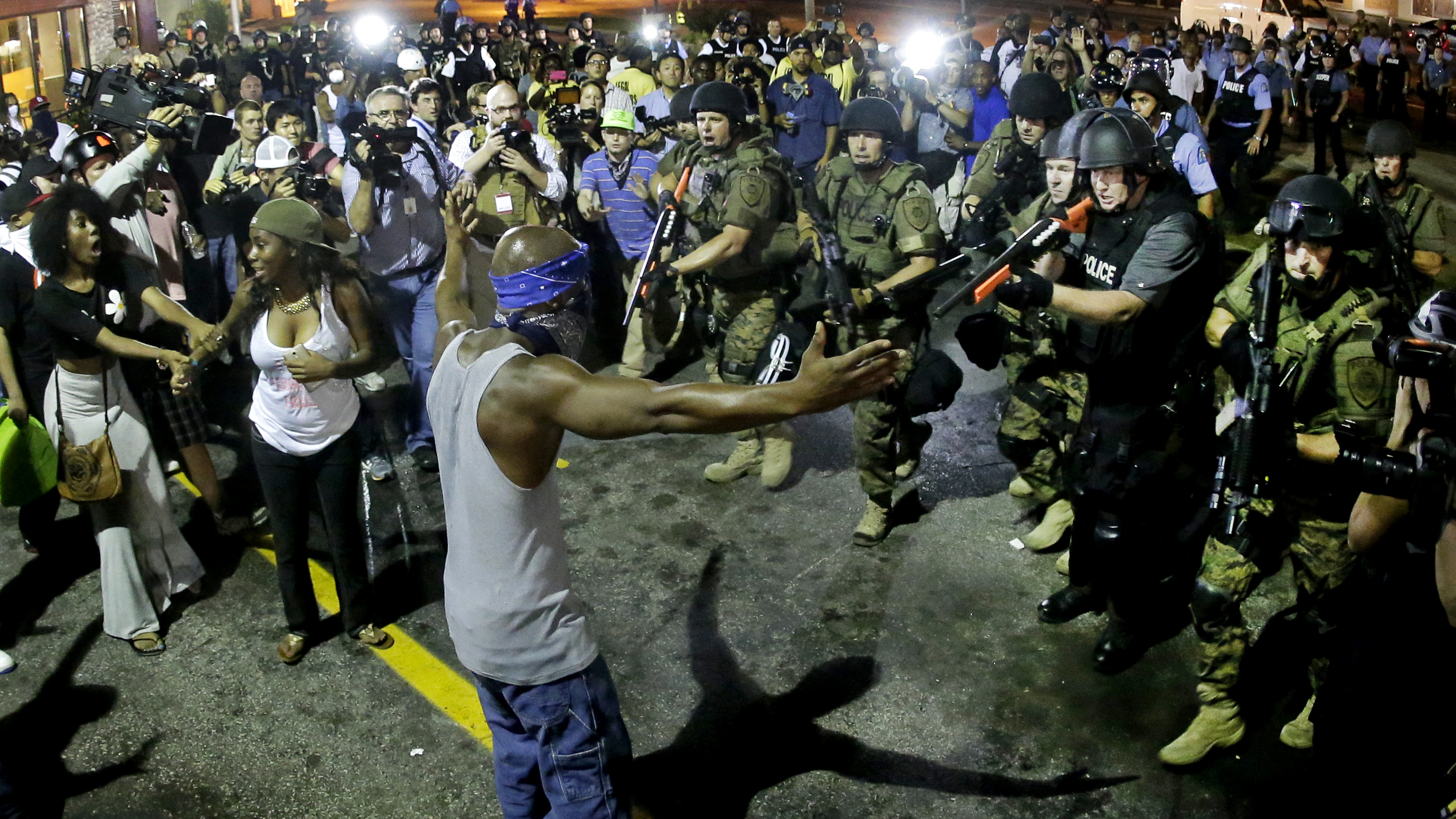 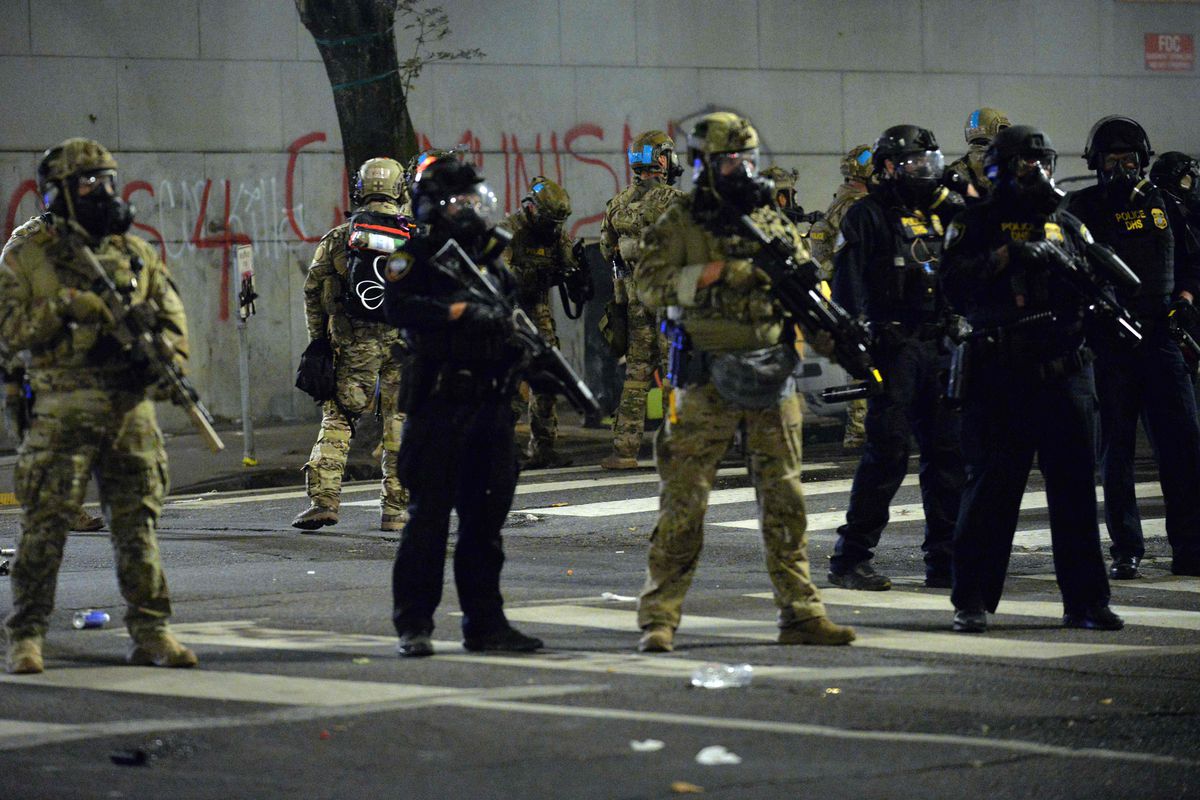 Can you tell the troops sent by Trump to crush protests apart from those sent by Obama?

It is true that in practically every field, Trump has pushed forward more right-wing and reactionary policies. But far from being his personal drive towards turning this country into a fascist dictatorship, these changes are just the most recent in a decades-long trend by both parties which has pushed things further and further to the right. What we have seen over the past decades from one administration to the next, is far more similarities than differences. Regardless of who the people vote for, the same repressive policies at home and abroad are carried out, with things only becoming more repressive over the years. In this election we are being bombarded with messages from everyone from Biden himself to former heads of the FBI and CIA that he is really the best option, or at least the lesser evil.

Given the history of past elections in this country, we should see clearly that electing Biden will not solve any of these problems. Nor will we be able to “hold his feet to the fire” and make sure that “he is accountable to the voters.” This is a liberal fantasy, based on the corrosive logic of lesser-evilism. It tricks people into supporting the system (in one way or another) because of a deeper nihilism about real change, and convinces them that the only way to make change is through a system set up by the ruling class and their political parties for their benefit. 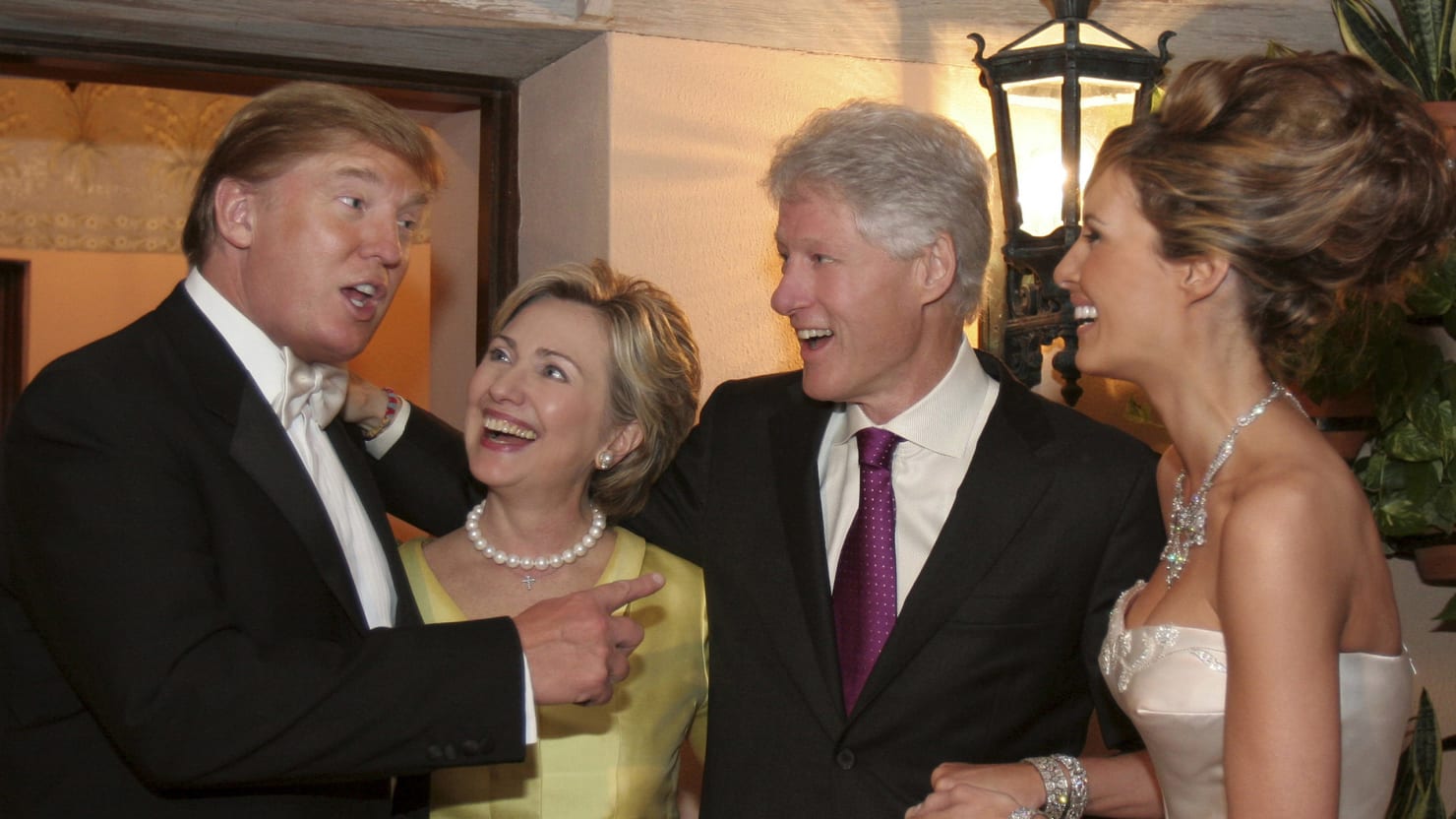 How different are the two parties after all?

But the truth is that voting really makes almost no difference. Biden will not save us. He will instead continue the long-standing rightward march in U.S. politics. Only we can save ourselves, through getting organized, fighting back, and ultimately creating a revolution to establish a new form of government that actually serves the people’s interests. The deep-seated nihilism that believes that change is only possible within this system fails to see how unstable this system really is. This country has only been around for just over two hundred years. Humans have been on this planet for a few hundred thousand. Are we really supposed to believe that there is no alternative to the present system? Isn’t it obvious that if we work together we can build something far better for the people of this country and the world, a political system where we aren’t always picking the lesser evil, but instead fighting for something good?

It’s time to cast aside illusions about electoral politics and prepare for the long and difficult struggle ahead. We are at the beginning of a major economic collapse, climate change is ravaging the planet and the U.S. and China have begun a new Cold War. Both candidates have made it clear that they will serve the billionaires and bail out the banks, that their plans for climate change are more of the same subsidies to fossil fuel companies and they have both promised to be bigger warmongers than each other in this inter-imperialist conflict with China.

We the people have to find a way forward. We need to break from the nihilism of lesser evilism and see that we can really change the world. But first we have to get organized. 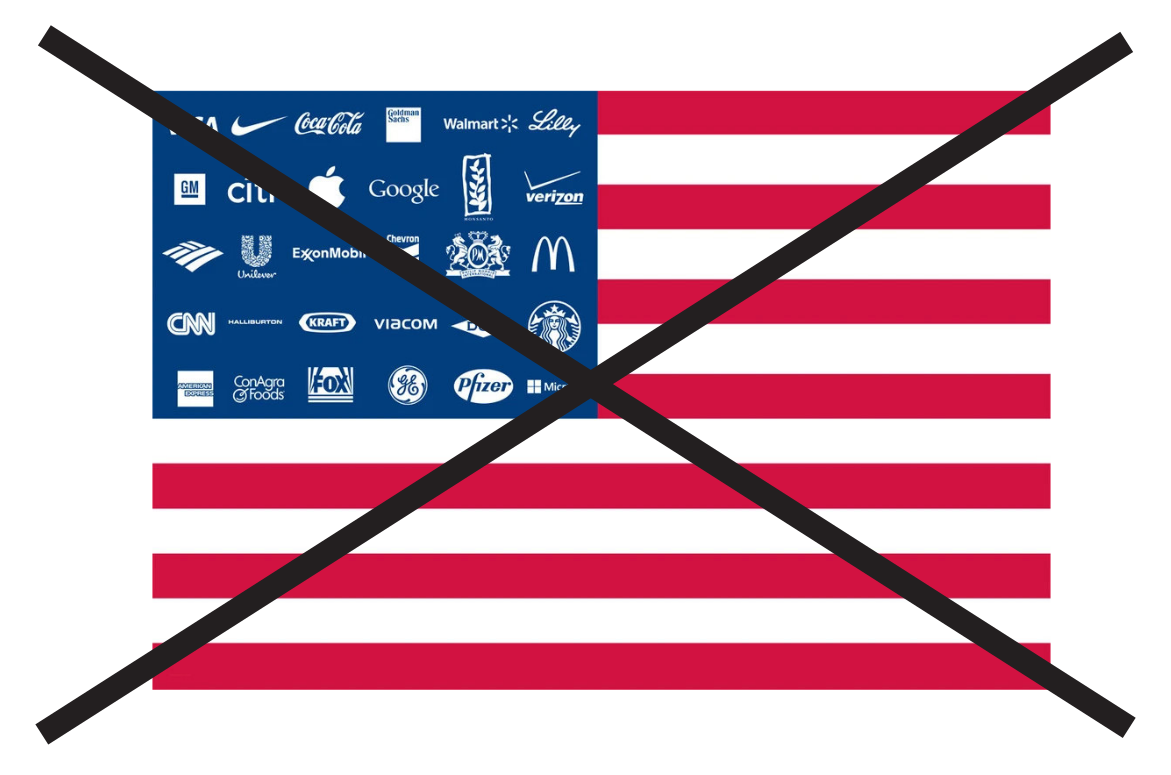